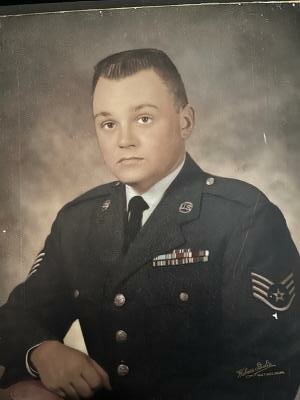 Please share a memory of Martin to include in a keepsake book for family and friends.
View Tribute Book

Martin William Rasinski, 83, peacefully passed away with his family by his side on October 2, 2022 in Danbury, Connecticut. He was born on December 22, 1938 in Chicago, Illinois, the son of Martin L. and Catherine Hargis Rasinski. He spent his childhood in Park Rapids, Minnesota, returning to Chicago, Illinois, where he graduated from Lindblom High School.

Martin joined the Air Force in 1957 in Strategic Air Command. His Air Force career took him to almost every state with two tours in Germany and three tours during the Vietnam War. He retired from the Air Force on January 1, 1979 from Malstrom Air Force Base, Montana, returning to his home in Black River, New York. Following his Air Force Retirement, he was employed at the former St. Regis Paper Company in Deferiet, New York. During his career with the Air Force, he was awarded many medals and commendations, including The Bronze Star Medal and The Air Force Commendation Medal.

A memorial mass will be held on Saturday, October 15 at 10:00am at St. Andrew’s Church, Sackets Harbor, New York. A private burial will be held at Arlington National Cemetery at the convenience of the family.

Also at Martin’s request, “no calling hours, have a scotch in my honor."

Share Your Memory of
Martin
Upload Your Memory View All Memories
Be the first to upload a memory!
Share A Memory
Plant a Tree