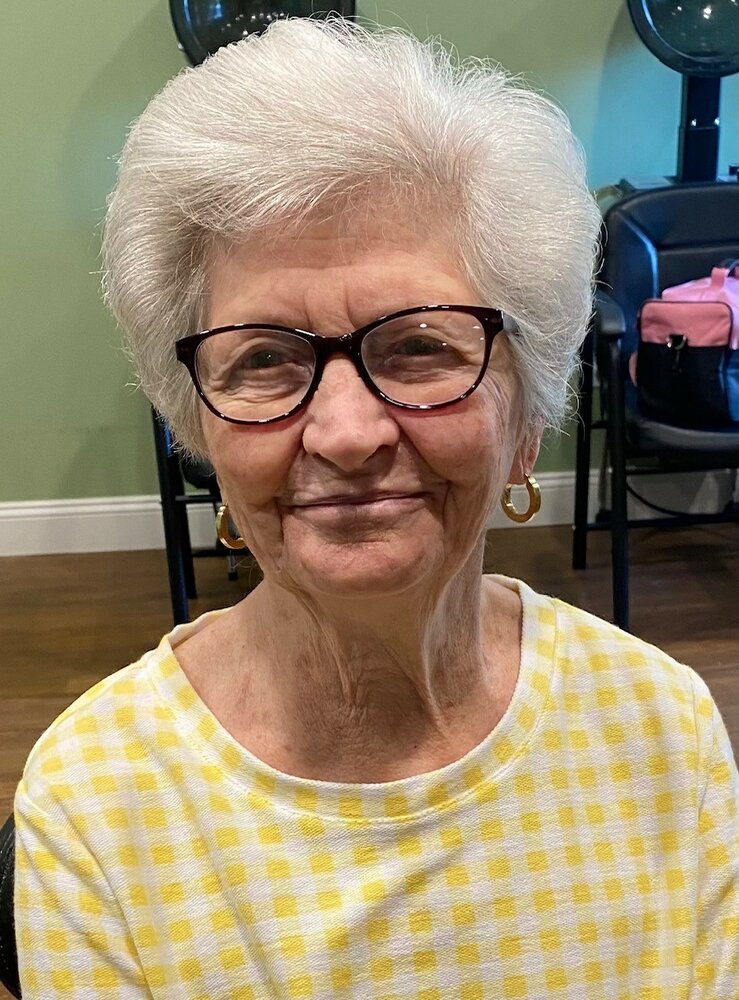 Please share a memory of Madeline to include in a keepsake book for family and friends.
View Tribute Book

Madeline M. (Hawkins) Moroney, 88, of Bethel, wife of the late Edward Moroney, died peacefully on Thursday, August 4th at Maplewood of Bethel.  She was born in Bronx, NY on July 2, 1934, daughter of the late Lee and Concetta (Fusco) Hawkins.

Edward and Madeline were married for 47 years.  After seven moves, she finally resided in Brookfield with Ed and their four children. She was an Administrative Assistant for the VP of Blue Cross/Blue Shield and later ventured into Real Estate still in an Administrative Role.  She was an avid tennis player and became an avid Giants and Yankees fan.  She loved entertaining and most of all her seven grandchildren, Ryan, Courtney, Morghan, Colten and Kamdynn Moroney and Shane and Shaun Klesh.

She will be sadly missed by her four children, Edward Moroney, Jr., Timothy Moroney, Erin Jeanne Moroney, and Kerrilee Klesh and her husband Dana; and her beloved grandchildren.

She was predeceased by her brother, Lee Hawkins, Jr.

A Mass of Christian Burial will be celebrated on Tuesday, August 9th at 10:30am at St. Joseph Church in Brookfield.   Burial will follow in Resurrection Cemetery in Newtown.

The family will receive friends at the Brookfield Funeral Home, 786 Federal Road, Brookfield on Tuesday morning between the hours of 9:00am – 10:00am.

Memorial Contributions in her memory may be made to Ridgefield VNA Hospice, 27 Governor St. Ridgefield, CT 06877.

Share Your Memory of
Madeline
Upload Your Memory View All Memories
Be the first to upload a memory!
Share A Memory
Plant a Tree