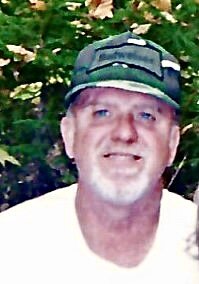 Obituary of William A. Sartwell

William Albert Sartwell, 69 of Maricopa, Arizona, passed away peacefully on December 7, 2021 after a courageous fight against multiple myeloma. He was the beloved husband of, the since late, Doris Ann (Brunelle) Bradstreet-Sartwell, of Topsham, Maine.

William (Bill) was born January 17, 1952 in Rutland, Vermont to the late Orlo Oland Sartwell and Marion Fannie Patenaude. After graduating Danbury High School in Danbury, CT, Bill joined the Army and very proudly served his country for over 20 years as an Intelligence Officer. Despite being hand-picked during basic training to attend West Point, Bill instead chose to pursue a career in electronics, opting to dedicate his service to working in future technologies recognizing it as a key developmental area fueled by his curiosity for it. His training and service stationed him in Georgia, Germany, Massachusetts, Maryland, and Florida with overseas assignments in Turkey and Egypt. During a career that would earn several commendations, the Army would also earn him a film credit; appearing in the 1985 film D.A.R.Y.L. In retirement, Bill continued to be a loyal Patriot, proud of his military service and enjoyed time spent at the VFW and American Legion with his fellow Veterans. He also volunteered at the Carl T. Hayden Veterans Hospital in Phoenix, Arizona, fittingly the same facility which would ultimately care for him.

In 1972 Bill married his high school sweetheart, Mary Jane (Benedict) Sartwell, after wooing her with his Chevelle and charm. Their marriage of 14 years would bear the fruit of countless memories and experiences as they travelled with the Army, and above all it yielded his two daughters, Tammy and Lori, whom regardless of the miles between them over the years, were in his heart at all times and meant the world to him. Many road trips, complete with singing and fireballs, were enjoyed between Massachusetts, Vermont and Connecticut, as well as along the east coast to Disney World for a family vacation.

After divorcing, Bill remained in Florida before again being stationed in Massachusetts, where he would retire from service. From 1987 to 1994 he would demonstrate the same levels of dedication given to his country to his second wife, Lee Ann Currier. A true pragmatist, he would lend his seamless ability with all things mechanical to support her and her two sons, diligently working several jobs during those retirement years. When that marriage dissolved, Bill moved to Connecticut to be closer to his children and grandson.

It would be in keeping with Bill’s curiosity and passion for new technologies that would bring him together via online dating with Doris (Dee). Their relationship of 21 years, 14 of which were married until his passing, would be a period of leisure filled with fun and adventure. While in Maine, Bill and Dee enjoyed snowmobiling in the winter months, motorcycle rides and days spent on their boat seeing the southern coast of Maine in the summer. After they married, they had hoped to travel the intercoastal waters from Maine to Florida; instead they chose to go RVing across the country he had worked so hard to serve. For more than 10 years, they enjoyed their travels throughout the U.S., stopping at many well-known attractions, national parks and casinos along the way. Finding appreciation of the dry warm weather, they spent the last few years at various locations in Arizona, eventually choosing Maricopa for its proximity to Carl T. Hayden Veterans Hospital.

Bill enjoyed tinkering with all things mechanical, and was always pragmatic, applying common sense to every situation. He was friendly, easy going, and could start a conversation with anyone. He was adventurous, having travelled the country with Dee in their RV, and always up for a enjoying life. Bill was also a dedicated husband who very much embodied the saying “happy wife, happy life” decades before it was coined. He was proud of many things, but had no greater pride than for his two daughters. He happily spent time as a role model for his grandson, Tyler, teaching him how to fish and drive during the summers in Maine when he would stay with his “Poppy.”

A graveside service with Military Honors will be held on Saturday, July 16, 2022 at 10:00am in section 23 of Wooster Cemetery, Danbury where his final resting place won’t be far from his childhood homes on Osborne Street and Balmforth Avenue. In lieu of flowers, donations may be made in his memory to Multiple Myeloma Research Foundation, P.O. Box 414238, Boston, MA 02241-4238, or an American Legion or VFW Post of your choosing.

To view the graveside services virtually use the zoom information below:

Share Your Memory of
William
Upload Your Memory View All Memories
Be the first to upload a memory!
Share A Memory
Send Flowers
Plant a Tree