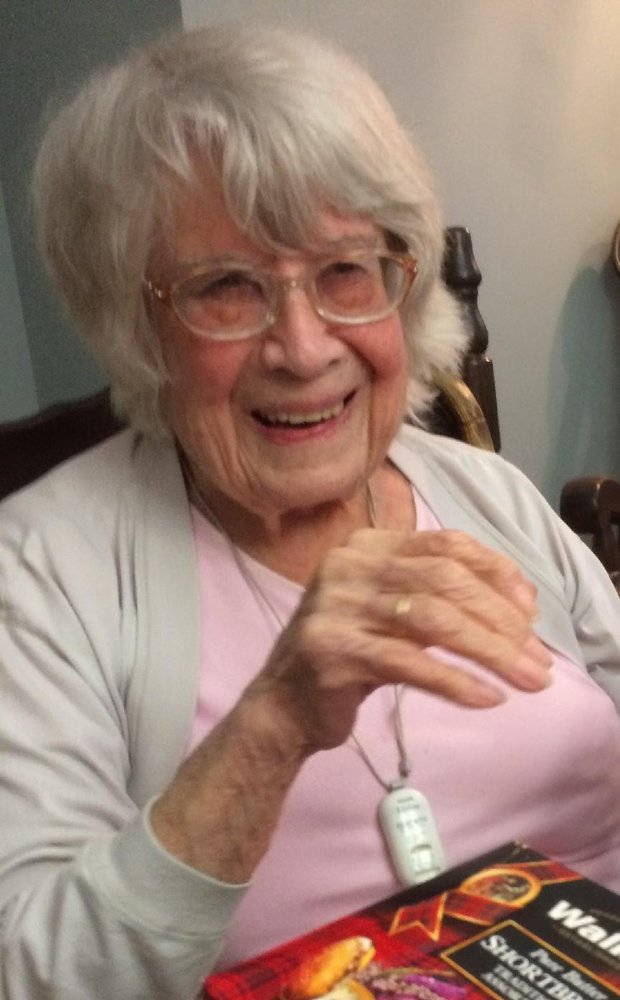 Please share a memory of Rosina to include in a keepsake book for family and friends.
View Tribute Book

Rosina Lilian (Seymour) Beers, 98 of New Milford, passed away on June 12, 2021 at New Milford Hospital with her family by her side.  She now joins her husband of 52 years, Edwin William Beers, who passed away in 1998.

Rosina was born in Edmonton, England on September 21, 1922 to the late Henry and Florence Seymour.  She was one of six children.  She graduated school at the age of 14 and then worked in a Cadbury chocolate factory.  She joined the Women's Land Army during World War II and served for four years.  She met her husband, Ed when he was stationed in England, then traveled to America where they were married in 1946.

Rosina enjoyed sewing, crafting, and travel, but her passion was spending time outdoors in her garden.  She enjoyed being surrounded by her children, grandchildren, and great grandchildren.

All services are private and at the convenience of the family.  In memory of Rosina, please consider a donation in her honor to the Alzheimer's Association, 225 N. Michigan Ave, Fl. 17, Chicago, IL 60601 or at www.act.alz.org.

Share Your Memory of
Rosina
Upload Your Memory View All Memories
Be the first to upload a memory!
Share A Memory
Plant a Tree