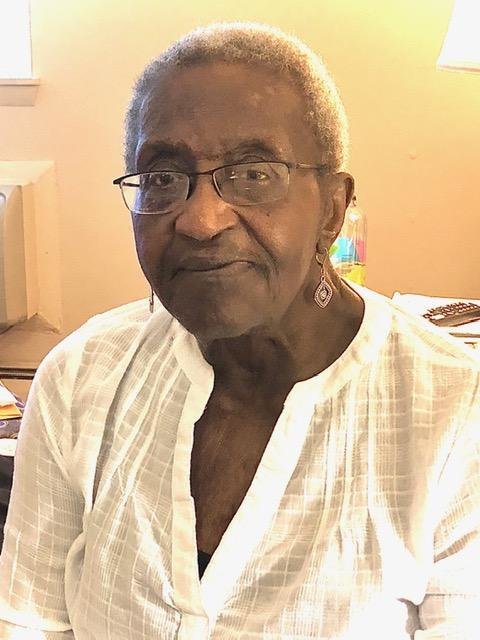 Florence Quammie Hart Jackson, 92, of Danbury, was ushered into the presence of the Lord on January 3, 2020. Born July 4, 1927, in New York City, to the late Joseph A. Quammie Sr. and Flora M. Quammie. Raised in Sherman, CT, Florence was a member of St. John’s Episcopal Church in New Milford. After graduating from New Milford High School in 1946, Florence worked as a live-in Nanny and worked at Twin Pines Convalescent Home in Northville, CT. After raising 8 children, Florence worked at Davis & Geck, Fairfield Hills, & Mediplex before becoming a Patient Care Technician at Danbury Hospital where she remained until medically retiring in 1990. After retirement, Florence became an active member of Grace Faith Church in Danbury, serving in Outreach, as a Greeter, and in Intercessory Prayer before becoming an Elder. Florence also volunteered at Danbury Hospital and swam regularly before knee surgery slowed her down. After being released from Grace Faith Church, Florence became a member of Lighthouse Ministries International and was part of the intercessory prayer team. In addition to her parents and husband, Eugene F. Jackson Sr., she was predeceased by a brother, Gerald A. Quammie, sons David I. Hart and Roland I. Hart, step-son Bradley R. Jackson, grandson Jamie Mazza, and granddaughter Faith F. Hart. She is survived by her siblings Edna Quammie, of Toronto, Ontario; Joseph Quammie, of Halifax, Nova Scotia; Quentin Quammie of Durham, NC; and Ellen Quammie of New Milford. She is also survived by son Barry A. Hart Sr. (Cheryl) of Danbury; and daughters Dorine Odum (David) of Cleveland, OH; Catherine Hart Curtin of Waterbury; Diane Hart of New Britain; Constance Reid (Jeremy) of Danbury; Mildred Reid (Stanley) of Woodbridge, VA; and step-son Eugene Jackson Jr. of Danbury; 14 grandchildren; 8 great-grandchild; and a host of loving family and friends. Funeral services will be held at the Lighthouse Ministries Church, West Street, Danbury, on Saturday, January 11th at 11:30am. The family will receive friends at the church on Saturday morning between the hours of 10:00am – 11:30am. Florence’s family would like to express their since appreciation to the staff of Bethel Healthcare and Season’s Hospice for their compassionate care and support. In lieu of flowers, donations may be made in her memory to the American Heart Association, American Heart Association/ American Stroke Association PO Box 417005 Boston, MA 02241-7005.
Saturday
11
January

Share Your Memory of
Florence
Upload Your Memory View All Memories
Be the first to upload a memory!
Share A Memory
Send Flowers