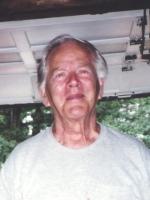 Albert Marshall August 20, 1929 - April 01, 2013 Albert Marshall Albert Marshall, 83, of Brookfield, husband of Audrey Elsie (Lettau) Marshall died at his home on Monday, April 1st. He was born on August 20, 1929 in New York, NY, son of the late Albert Marshall and Mary (Wing) Barker. Albert was a Veteran of the Korean War, serving with the 101st Airborne 516 Calvary of the U. S. Army and was a recipient of the Purple Heart. He worked at Dixon Sintaloy in Stamford as a Sintering Operator for 33 years and retired from Engineered Sintering Products in Watertown. Albert loved working in his yard and he taught all his daughters to play a mean game of badminton. He was a loving husband and devoted father. In addition to his wife of 61 years, Audrey, Albert will be missed by his daughters, Linda Garippo, Sheree Tucker and her husband Pete, Valerie Primerano, Alene Marshall and her wife Sue Hopponen, and Patti Cilenti and her husband Guy; 10 grandchildren and 9 great grandchildren as well as his sister, Eleanor Simmons. Albert was predeceased by 2 grandchildren and his son-in-law, Bill Garippo. Funeral Information A Funeral Service will be held at 11 AM on Thursday, April 4th at Brookfield Funeral Home, 786 Federal Road, Brookfield. Burial will follow in Central Cemetery in Brookfield. The family will receive friends between the hours of 5 and 7 PM on Wednesday, April 3rd at the funeral home. Donations Information Contributions may be made in his name to Regional Hospice and Home Care of Western Connecticut, 39 Ridgebury Road, Danbury, CT 06810.

Share Your Memory of
Albert
Upload Your Memory View All Memories
Be the first to upload a memory!
Share A Memory
Plant a Tree