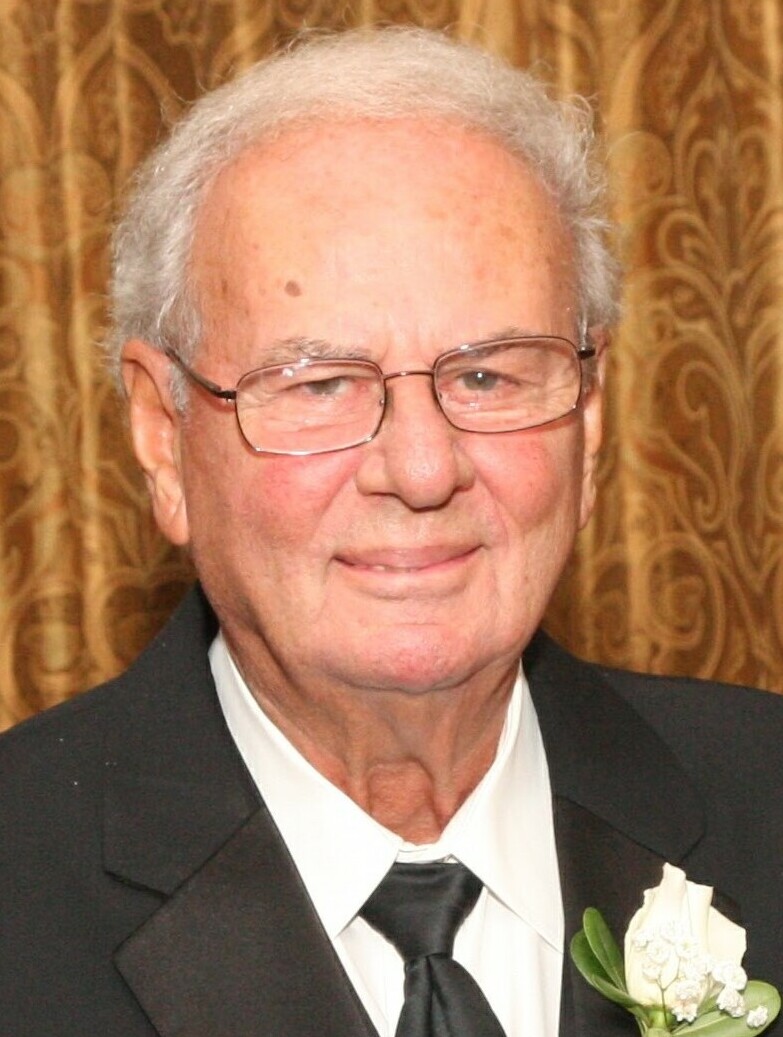 Please share a memory of George to include in a keepsake book for family and friends.
View Tribute Book

George H. DiGrandi, 91, formerly of Yonkers, NY, died peacefully on Sunday, January 22, 2023 at the Villages in Brookfield, CT.  He was the husband of the late Joan (Tamboline) and the late Phyllis (Ribaudo).

George was born in the Bronx, New York on November 4, 1931, son of the late George and Jennie (Sacco) DiGrandi.  He was a Veteran of the Korean War, proudly serving with the United States Army.

George worked for many years as a routeman for the Hygrade Milk Company in the Bronx, New York. A hard working man his whole life, George also worked for over 40 years at Yonkers Raceway as a pari-mutuel clerk until he retired at 85 years old. While he loved his work at the track, he especially loved being able to bet on the races every night.  George’s incredible work ethic and his positive outlook on life was instilled in all of his children and grandchildren.

George loved his trips to the casinos in Atlantic City and Las Vegas to play blackjack or craps, and no matter the outcome he always ‘broke even’ with a smile on his face. He was a kind outgoing man who could talk to anybody.

He will be sadly missed by his three children, George DiGrandi and his wife, Sandra, Suzanne Kates and her husband, Steven, and Lisa Magro and her husband, John; his two stepchildren, Dana DeFeo and her husband, Paul, and John DeRosa; his twelve beloved grandchildren (George, Joseph, Stephanie, Matthew, Michael, Jessica, Darrah, Derrek, Deanna, Corey, Guy and Marissa), and five great grandchildren (Anthony, Jaxson, Andrew, Hailey and Ella).  He is also survived by his brother, Richard DiGrandi and his wife, Carol.

Funeral services will be held at the Cornell Memorial Home, 247 White Street, Danbury, on Wednesday, January 25th at 10:00 am.  Interment will follow in Ferncliff Rosewood Mausoleum.

The family will receive friends on Tuesday, between the hours of 5:00 – 7:00pm at the Cornell Memorial Home.

In lieu of flowers, memorial contributions may be made to Tunnel To Towers Foundation, https://t2t.org/.

Share Your Memory of
George
Upload Your Memory View All Memories
Be the first to upload a memory!
Share A Memory
Send Flowers
Plant a Tree