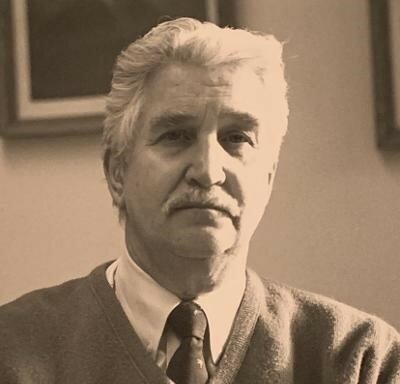 Please share a memory of Nicholas to include in a keepsake book for family and friends.
View Tribute Book

Danbury, Ct. – Nicholas V. Nero passed away on January 15th, 2023, at the Danbury Regional Hospice one day after celebrating his 91st birthday. Born on January 14th, 1932, in the village of San Bernardo, Decollatura Italy. He was the son of Francesco and Vincenzina (Costanzo) Nero. He came to the United States in 1937 and settled in Danbury. Nick as he was known by, attended St. Joseph School and church where he was an altar boy. Growing up in the Franklin Street area of Danbury, Nick created friendships and forged relationships.  He graduated from Danbury High School, class of 1951 and was a member of the DHS Football team. Upon graduation Nick was drafted during the Korean conflict into the United States Army: serving in the Seventh Army (United States Army Europe) as a Medic in Germany and Italy, attaining the rank of Corporal upon his honorable discharge. He attended Danbury Teachers State College after service and then ventured on his first career in sales – at Castro Convertible, New England Furniture, Genungs, Mutual Appliances and Reynold’s Furniture all in Danbury. He started his 2nd career working for the City of Danbury as Chief Examiner of Civil Service. Nick was known for his big personality and signature cigar.

Active in civic and social activities he was a member of the Danbury Democratic Town Committee, Civil Service Commission and Amerigo Vespucci Lodge.  An avid sports fan, he loved the New York Giants, Army Black Knights football and UConn Women’s Basketball team. He would develop a love for golf learning to play from his experiences working at the Ridgewood Country Club as a Caddy/Caddy Master teaching him many life lessons. He enjoyed his summer home in Westerly Rhode Island spending time at the beach with family and friends. He loved to cook and took great pride in the yearly tradition of making Soppressata.

With all the things that Nick enjoyed in life, first and foremost was his family. He is survived by his loving wife of 63 years Barbara (Schneider) Nero, his son Ralph V. Nero and his partner Suzanne Doherty, grandson Ryan C. Nero, granddaughter Lauren (Nero) Hart and her husband Matt, great grandson Matthew Nero Hart, his brother-in-law Arnold Tomaino and former daughter in-law Cindy Clark. In addition, he is survived many nieces, nephews, great nieces, great nephews, cousins, and friends.  He was predeceased by his parents, sisters Josephine DeGrazia, Mary “Vennie” Cranner and Frances Tomaino and his in-laws.

The family is thankful for all the support and care given to Nick by his caregivers, Margarette, Denise, Ashley, and Dawn.

Burial services at St Peter Cemetery, Danbury will be private.

Memorial contributions may be made to Regional Hospice, 30 Milestone Road Danbury CT 06810

Share Your Memory of
Nicholas
Upload Your Memory View All Memories
Be the first to upload a memory!
Share A Memory
Plant a Tree