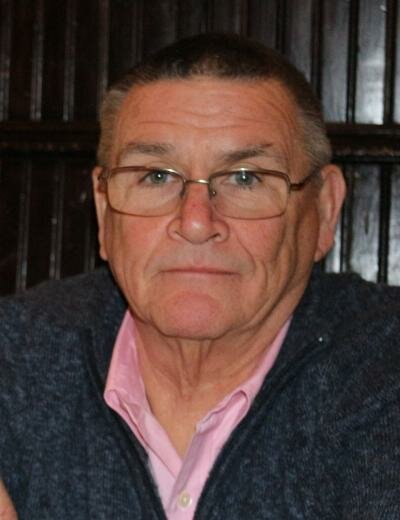 Please share a memory of Kevin to include in a keepsake book for family and friends.
View Tribute Book

Kevin Earl Fitzpatrick, husband of Kathleen Fitzpatrick, passed away at Danbury Hospital on January 2, 2023 after a brief illness.

Kevin was born in Bridgeport, CT on January 22, 1951, son of the late Joseph and May MacDaniel Fitzpatrick.  He leaves behind his wife of 30 years as well as his brother Sean Fitzpatrick, his daughter Kelley Fitzpatrick, his stepson William Petruno III and his wife Katie; stepdaughter Michelle Keller and her husband Dan; stepdaughter Kathleen Morlock and her husband Rob, and last but certainly not least, his four-legged best buddy O’Malley.

Kevin graduated from Central High School in Bridgeport, Class of 1970 and then attended Housatonic Community College.  After college, Kevin began his career working for Pathmark Supermarkets as Store Manager in several stores throughout the tri-state area.  He left Pathmark after 22 years and moved to Naples, Florida where he began his career as a bartender at the Ridgeport Pub.  In addition, he worked as a Sales Representative/Distributor for Southern Wine and Spirits.  After retiring in 2016, he moved to South Carolina and then made the decision to move back to Connecticut and the “beautiful hills of Litchfield County”.

Kevin was considered by all to be the hard-working, whether it be his full-time job or helping out a friend in need.  He enjoyed organizing golf outings or fundraisers in support of many important causes.  He would also be the bartender telling you to belly up to the bar and then dazzle you with his wit and outrageous stories.

He was also known to be a prankster.  We aren’t sure the pranks are over even though he has passed away, so we are still cautiously peeking behind doors, and checking both ways when stepping outside.

Kevin lived his life working at jobs he loved and hanging with his family.  He also loved spending time with the many close, wonderful friends he made throughout the years, each of whom were his best friends and all named “Guy” (except the one guy who was actually named Guy.)

Be well, Kevin.  You will be missed but never forgotten.

Share Your Memory of
Kevin
Upload Your Memory View All Memories
Be the first to upload a memory!
Share A Memory
Plant a Tree