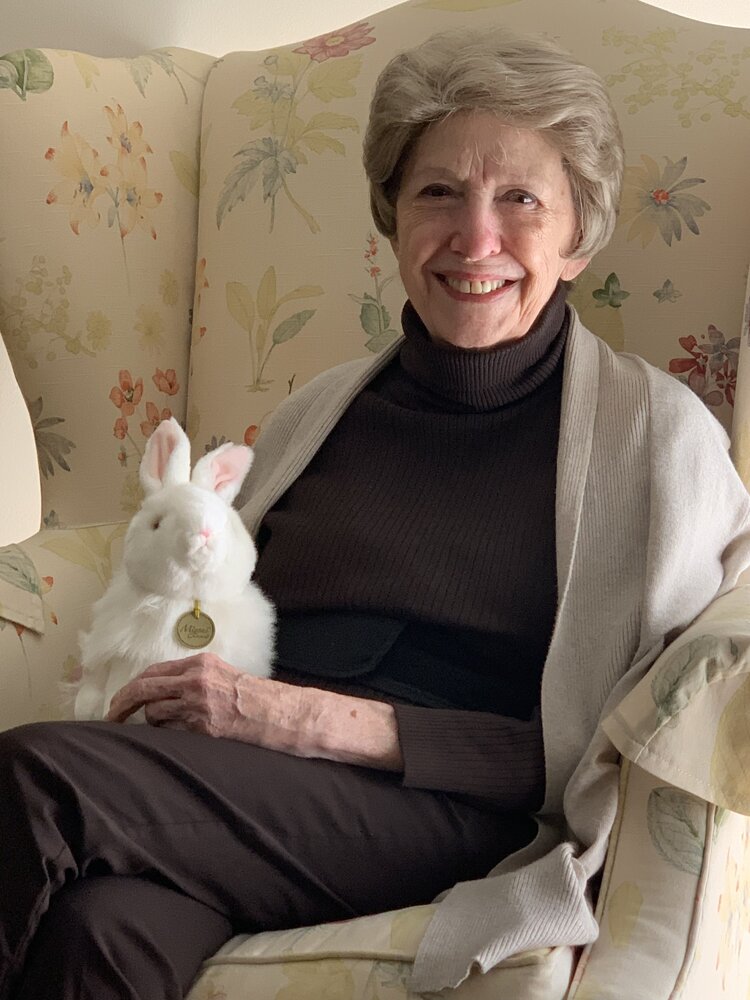 Please share a memory of Annette to include in a keepsake book for family and friends.
View Tribute Book

Annette Catherine Torrice Partenio, 86, passed away unexpectedly December 24 at her home in Southbury. Annette was born December 9, 1936 in White Plains, New York, to Roberto and Adeline Torrice. She graduated from White Plains High School and moved to Danbury in the early 60's with her family. She enjoyed a 25 year career at Branson Ultrasonics in Danbury in the marketing department. Annette was an avid reader, a talented writer and storyteller, often sharing short stories she had written. In the 1960s and early 1970s she appeared in multiple productions at the Brookfield Community Theater.

After the death of her husband of 61 years, Peter C. Partenio, Annette moved to The Watermark in Southbury where she volunteered in the library, organized a choir, and was fiercely competitive on her quiz team.

Annette is survived by her children Peter Partenio and his daughter Lydia Partenio, Andrea Jakiela, her husband Jay and their children James and Alexa Jakiela, and Michael Partenio and his sons Christian and Harrison Partenio. She is also survived by her sister Cathy Torrice, brother-in-law Paul and his wife Phyllis, brother-in-law Michael, sister-in-law Joan and her husband Tom, as well as, many nieces, nephews, and cousins.

In addition to her parents and husband, Annette was predecessed by her brother, Robert Torrice and sister, Rina Maiorano.

Lastly, Annette was blessed to have found a companion, mate and best friend in John Wetzel.

Funeral services will be held at Cornell Memorial Home, 247 White Street, Danbury on Thursday, January 5 at 2 p.m. with the family receiving visitors at 1 p.m.

Share Your Memory of
Annette
Upload Your Memory View All Memories
Be the first to upload a memory!
Share A Memory
Plant a Tree