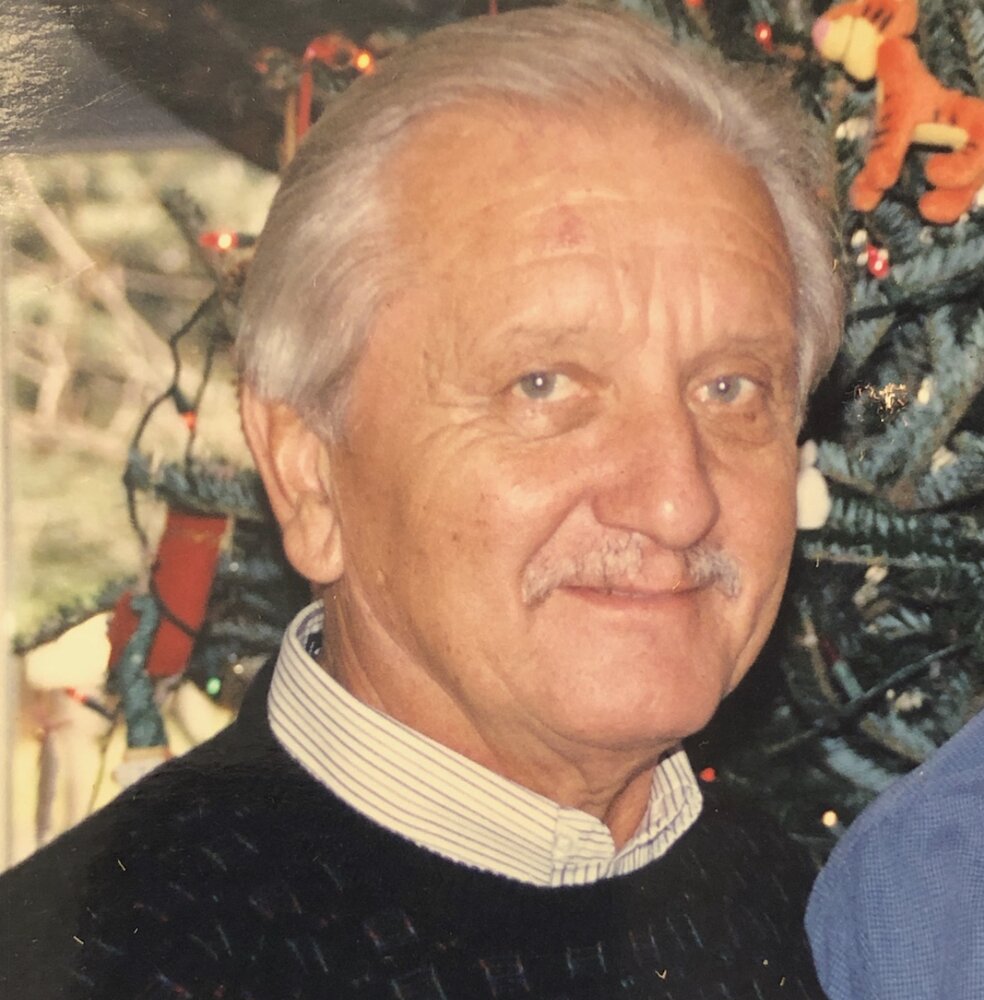 William James Tesbir, educator and musician, died peacefully with his wife by his side at his home in New Fairfield, CT on Wednesday, August 3, 2022 at the age of 87.

Bill was born on August 1, 1935 in Derby, CT. He entered the Navy in 1952 and served his country for four years, including service during the Korean War. He was a plank owner of the USS Forrestal.  In the Navy, he taught himself to play the upright bass and performed in the Navy band. He continued his love of music by playing in local bands throughout the Danbury area. After his military service, Bill enrolled at Danbury Teachers’ College. He earned a teaching degree and met the love of his life, Myra. They married in 1961 and moved to New Fairfield where they raised their four children.

Bill taught at King Street School in Danbury, first as a 4th grade teacher and then as a Reading Specialist.  He ultimately retired from Broadview Middle School in 1991. He loved teaching and working with his students. He would create nicknames or musical jingles for each of them. Long after they had graduated, many of his students would run into him and sing the jingle that he had created for them.  He serenaded many students with the “Bus Song” at the end of the day while doing bus duty.  A life-long NY Mets fan, he also enjoyed coaching baseball at King Street School. He continued his education and earned a Master’sand a 6th year degree from the University of Bridgeport. Throughout his life, Bill enjoyed traveling around the country and, in retirement, spending winters in Palm Springs.

Bill is predeceased by his parents, Stephen and Mary (Hakos) Tesbir, as well as his brother Stephen Tesbir, Jr. He is survived by his loving wife of 60 years, Myra Tesbir, his daughters Myra Thurston of Daytona Beach, FL, Lorena Tesbir of Southbury,Michele Tesbir of Shelton and his son, Bill Tesbir of Southbury.  He is also survived by five beloved grandchildren and great grandchildren: Christopher Gercken, Benjamin Tesbir, Emily Tesbir, Carrie Tesbir and Kylie Gercken.

Friends may call on the family at Cornell Memorial Funeral Home on 247 White Street, Danbury on Tuesday, August 9th from 5-7PM with funeral services to be held at St. Nicholas Byzantine Church on Stacey Rd. in Danbury on Wednesday, August 10th at 10AM.  Burial to follow in Pine Hill Cemetery, Southbury.

In lieu of flowers, donations can be made to the Parkinson’s Foundation in his memory.

Share Your Memory of
William
Upload Your Memory View All Memories
Be the first to upload a memory!
Share A Memory
Plant a Tree