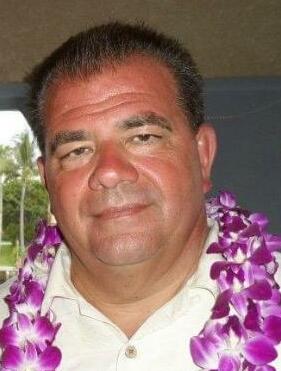 Please share a memory of Steven to include in a keepsake book for family and friends.
View Tribute Book

Steven J. Korf, 63, of Brookfield, beloved husband of Debra (Smith), died on Tuesday, July 26th. He was born in Los Angeles, California on August 7th, 1958, son of the late Frank and Lucille (Edris) Korf. Steven lived in Fullerton, CA before relocating to Smithtown, NY where he spent most of his childhood.

Steven graduated from Smithtown East High School where he met lifelong friends. He enjoyed playing sports, but the football field is where he dominated. Steven earned a bachelor’s degree from CW Post University in Brookville, NY.

Steven led the Stamford Securitas USA office serving as a Branch Manager for many years. In this role Steven excelled, providing security services to clients from Bridgeport, CT all the way to White Plains, NY. He was a true and fierce leader taking great pride in mentoring many of his peers which developed into cherished friendships.

Steven was a loving husband to Debra. They were avid travelers where they both enjoyed the beach, ocean, and fine dining. Over the years, Steven and Debra fell in love with the scenery of Ft. Lauderdale, Florida becoming frequent visitors which led to their destination wedding on a yacht in June of 2012.

In 2020, Steven was diagnosed with a rare auto immune disease. During this time Steven endured many obstacles but remained strong through ongoing treatments. The “rock” to Steven’s strength was his loving wife Debra, who cared for him with unconditional love.

Steven was a loving father and grandfather who adored his family. In addition to his wife Debra, Steven will be sadly missed by his daughter Danielle Shepard and her husband AJ; his son Steven J Korf Jr. and his wife Stacie; his grandchildren Aubrey and Kayleigh Shepard and Harper and Lucas Korf; and his sister Jennifer Petronzio and her husband Michael.

Steven’s family will receive friends at Cornell Memorial Home in Danbury, CT on Friday July 29th from 5pm to 7pm with a prayer service to follow at 7pm.

In lieu of flowers, donations may be made to the Connecticut Children’s Medical Center or Regional Hospice of Danbury.

Share Your Memory of
Steven
Upload Your Memory View All Memories
Be the first to upload a memory!
Share A Memory
Plant a Tree