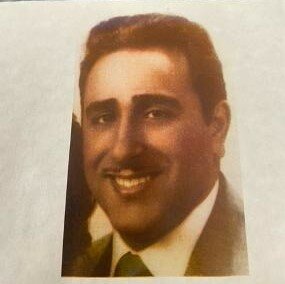 Obituary of Felix A. Bonacci

Please share a memory of Felix to include in a keepsake book for family and friends.
View Tribute Book

Felix Bonacci passed away in the comfort of his home on July 4th, 2022 here in Danbury.  Felix, often considered Danbury’s Renaissance man, was born on September 26, 1919 in Casanova, Decollatura, Italy. He was the son of Angelo and Maria (Grandinetti) Bonacci.

When Felix was 6 years old, he came to America with his mother through Ellis Island to join his father; who was already here and working in New York City.  They eventually made their way to Danbury where Maria’s sister was living.  Felix attended Locust Avenue and Main Street Schools and graduated from high school in 1939. While in high school he played football and discovered his love for music. He loved to play the tenor sax and guitar and toured with a band in NYC and Danbury. He joined an a capella group called the Avalon Quartet. The group performed locally as well as on the Arthur Godfry Show.  They were preparing to be part of an NBC variety show when WWII broke out and their lead tenor was drafted which ended the group’ music career.

Felix was drafted in 1942 and was sent to North Africa.  Due to his fluent speech in Italian, he was assigned to be an interpreter for the Italian prisoners of war and assisted in organizing troops into trucking and supply battalions. Once Italy joined the Allies, Felix was sent to France to work with the German prisoners.  It was while he was in France that he met his future wife, Anna Hoberdon.  After returning home to the USA, he finished up his college education and sent Anna a proposal for marriage.  She accepted and in 1948 at St. Joseph Church in Danbury, they were married.

Felix started his teaching career in 1949 in Torrington, CT and ended it in 1987 at Pembroke school. Felix held a Bachelor’s degree in education, a Master of Administration from Columbia University and a 6th year Certificate from Fairfield University.

Felix and Anna were the parents of five children, Linda (Jim), Diana, Marc (Jennifer), Jack (Sue) and Maryan (Bobby). Together they have fourteen grandchildren and 18 great grandchildren.  Our special love and thanks to Maia, his beautiful caregiver! After 102 years of being on this earth Felix has finally made it to his final resting place with God and all the loved ones who have gone before him. We love you and will miss you!

A Mass of Christian Burial will be celebrated at 11:30am on Friday, July 8, 2022 at St. Mary Church in Bethel.  Burial in St. Peter Cemetery in Danbury with Military Honors will follow.  Friends may pay their respects on Thursday, July 7 from 4pm–7pm at Cornell Memorial Home, 247 White St., Danbury.

Share Your Memory of
Felix
Upload Your Memory View All Memories
Be the first to upload a memory!
Share A Memory
Plant a Tree