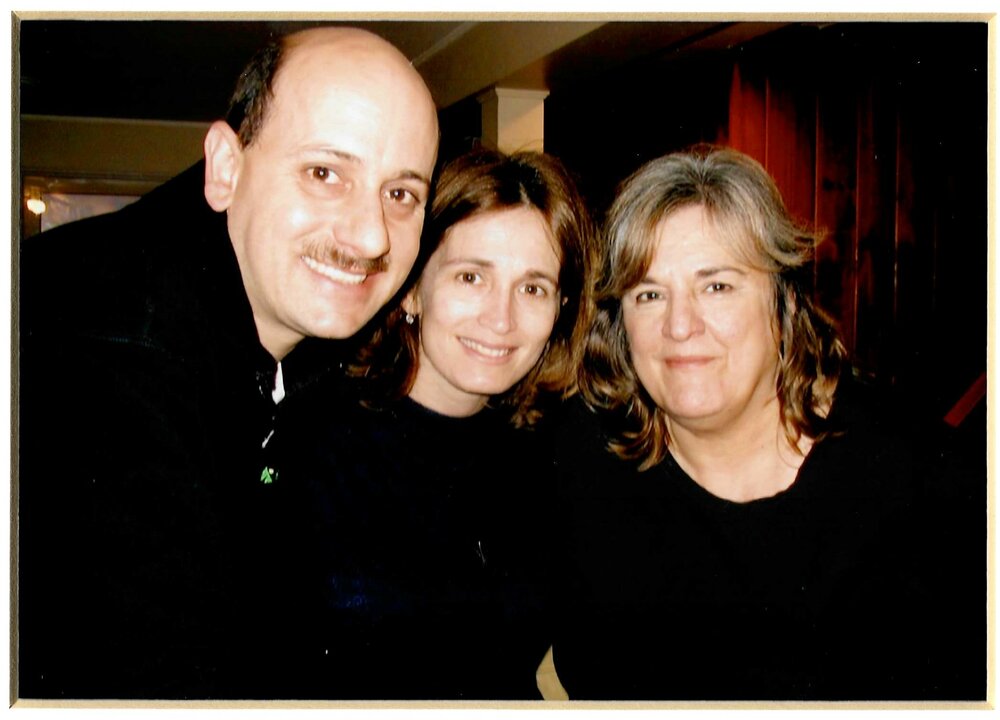 Please share a memory of Colette to include in a keepsake book for family and friends.
View Tribute Book

Colette Terracino was born on in .

She was predeceased by her parents, Ida Barbero and Joseph Terracino, as well as her older brothers, Joseph and Jerome (Jerry) Terracino.

Colette is survived by her sister, Margaret Rossman of FL. and brother, James Terracino and his wife, Blanche of NC.

In addition, she is survived by her daughter, Robin Penna and her husband, Chris from , and their children, Alan and Matthew.

Colette also is survived by her son, Alan Paul Donnelly and his wife, Michele of Brookfield, CT, and their children Lauren, Christopher and Kate.

Times being as they were in the late 1940’s, Colette as a young child was put right to work by her brother Jerome selling pencils at the historic Goshen Horse Track, right behind their childhood home alongside her siblings.

It was there that she met some famous actors, such as James Cagney and Edward G. Robinson amongst others. Colette attended and married right after graduating high school in .

She became a devoted and hardworking single mother to her children.

She lived in , , and settled permanently in to be near her family.

Colette had a brilliant mind and a talent for research which led her to pursue her National Librarian status. Using her skills, she was a fierce advocate for Veteran rights and their benefits throughout her life. In particular, she worked closely with the American Ex-POW Organization to help create a detailed record of all POWS and their testimonies. Her hard work in compiling this data was successfully used in testimony to the First Session of the Ninety-Fifth Congress S.364 and related bills. The Congressional hearing on Veteran Affairs which lead to more rights and benefits for all our past, present and future American Heroes.

During this time, Colette earned the respect and developed a friendship with Colonel David H. Hackworth (Hack), one of the highest decorated soldiers in American history.

She did all of this voluntarily while working various jobs, starting a successful trucking business, Hawkins Trucking/Transfer with her late husband Jim Hawkins early in the 1970's.  Colette also worked with her beloved brother Jerome at his business, Guardian Alarm Systems.

Her passion for helping veterans, ultimately, led her to obtain her Associate’s Degree in legal studies at in After graduating she worked loyally for prominent attorneys in . and before retiring.

Colette’s compassion also extended to rescue animals as she adopted several including her beloved dogs Blackie, Melissa and Shirley.

She retired in beautiful and enjoyed spending time with her children, grandchildren, extended family and friends. In the last several years, she bravely fought various illnesses including C.o.p.d. and lung cancer with incredible dignity and courage.

Colette was an incredibly strong, loving, smart and hard working beloved mother. Who devoted her entire life to her children and was a wonderful, loving and beloved grandmother as well. Colette was a credit to herself, her grandchildren and her Country, The United States of America which she loved so much and passed that love onto her children.

In lieu of flowers, please donate to the local VFW.

Robin and I would like to share with you a short story of something quite beautiful that happened at the moment the Lord brought mom to Heaven.

The doctor came into mom's hospital room to confirm mom had passed away. The very second she looked down at her watch at moms bedside, a "Musical Chime" went off over the Danbury hospital intercom system. I looked up at my sister Robin and said "What was that?"  She replied "That's the music they play when a Baby is born in the hospital!" We both looked at each other thru our tears and said "what a beautiful miracle!" At the exact moment God took moms soul to Heaven, he brought another beautiful soul into the World!............:)

Share Your Memory of
Colette
Upload Your Memory View All Memories
Be the first to upload a memory!
Share A Memory
Plant a Tree