Plant a tree in memory of Michael

Join in honoring their life - plant a memorial tree
Please wait
R
Rosa Mera posted a condolence
You will always live on thru all our businesses and success. Thank you for everything! Thank you for believing in us! Thank you fir always having our backs! This still seems unreal, gone to soon. May your soul rest in heavenly peace. Forever grateful! ~Rosa Perez Mera
Please wait
Share Comment
H
Hank Gillen posted a condolence
My deepest condolences to Mike's family on his untimely passing. It has truly been an honor to know and work with him, as a fellow director at an EBV program. His loyalty, focus and genuine concern for every veteran who came through the program was always on display. You would never doubt that Mike had your back, and would do what was necessary to succeed. The program's brilliant record is proof. Rest in peace, Mike. You have earned it. Semper Fi, from an old soldier. Hank Gillen Director, EBV Saint Joseph's University, Philadelphia
Please wait
Share Comment
M
Maureen & Paul Schenfeld lit a candle

Please accept our most heartfelt sympathies for your loss... Our thoughts are with you and your family during this difficult time. Join in honoring their life - plant a memorial tree
Please wait
T
Tywanna Johnson lit a candle

I send my prayers and condolences to the Zacchea family. Micheal Zacchea was a man of great stature, love, courage, and sincere empathy. He had a unique spirit that connected with people beyond the surface. I am forever grateful to have had the opportunity to know him. Although, we served in Iraq around the same time our paths didn’t cross until several years later back in the U.S. I met him during a challenging time in my life and he provided guidance and wise counsel. There are very few people on this earth with his qualities and his mandate. When I think of Micheal… the Marines’ motto comes to my mind “Semper Fi”... “Always Faithful,—an eternal and collective commitment to the success of our battles, the progress of our Nation, and the steadfast loyalty to fellow Marines/soldiers we fight alongside.” He leaves a great legacy behind that has been etched into the minds and hearts of so many people. He will never be forgotten and will be greatly missed. With Deep Sympathy, SGT Johnson, Tywanna, EBV -“16’
Please wait
Share Comment
D
Drew posted a condolence
Just after thanksgiving 2004 Mike welcomed me and others to the 5th Iraqi BN HQ in downtown Fallujah. As an enlisted guy from another military branch; he demonstrated only respect. He truly understood the Iraqi people and our mission to make their country safe and free. He extended his rotation to see the election through. He talked me down “off the ledge” more than once when we got home. He encouraged me in ways I can’t fully capture just now. In Fallujah, Mike used to roast spam over the kerosene heater and eat it from his kbar wearing his fleece vest. His unflappable character kept us alive. I miss you bro. I’m praying for your family’s peace and healing
Please wait
Share Comment
K
Karen L. Rancourt pledged to donate to University of Connecticut Foundation, Inc.
Please wait
L
Lisa Ducharme lit a candle 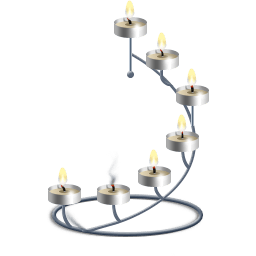 Michael is an amazing individual who always made himself available. It was a privilege to know Michael, his contributions to country and fellow veterans is unparalleled. Michael was always a guiding influence no matter the cause.
Please wait
Share Comment
A
Angie Young posted a condolence
There are simply no words..my heartfelt condolences to the family.I pray for grace mercy and strength.during this very difficult time. Angie Young
Please wait
Share Comment
T
Timothy Mallette lit a candle

Mike helped me out when I attended the university of Connecticut after serving in the marine corps and his professionalism was top Shelf. I am forever grateful for his leadership…semper fidelis brother
Please wait
Share Comment
M
MomWilks lit a candle

Mike, thank you. You remain an inspiration and bright light in my professional and personal life. Resilient holds an entirely different meaning when I speak of you and your resiliency. Shine brightly…we have the watch. 12/5 Be Thou at Peace
Please wait
Share Comment
G
Goodes Family uploaded photo(s) 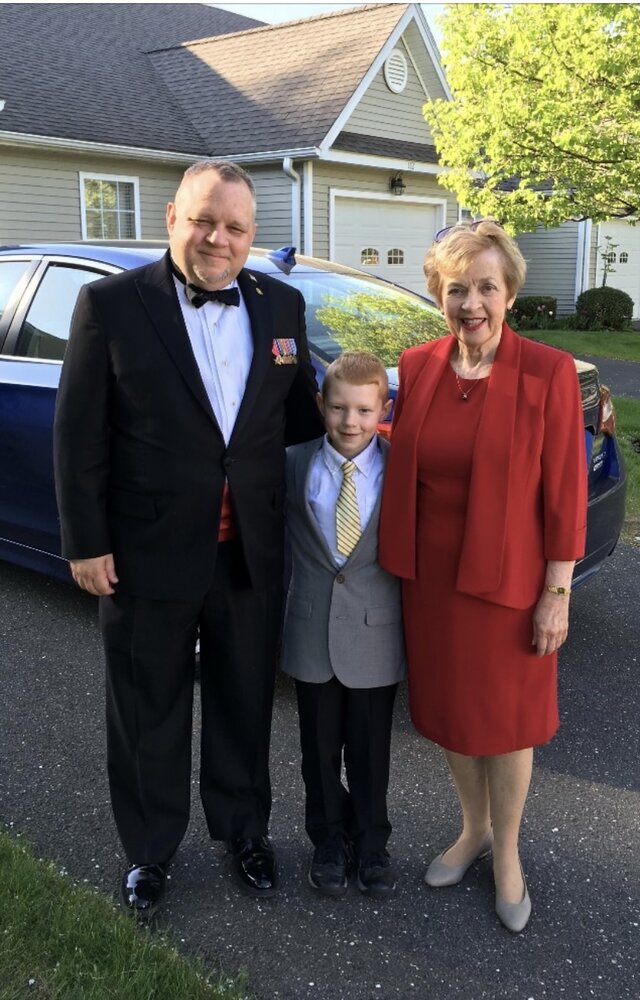 With much love to Colin and MawMaw. ❤️ J2DEA
Please wait
Share Comment
R
Ray E Burrington posted a condolence
Strange tale for son Colin - I made a donation to the EBV Fund at UCONN 3 weeks ago, noting I was a Marine. Mike responded with Thanks to me with a personal email, including a "Semper Fi". What is strange is his sudden passing, of course. But here is the oddity .. the DAY Mike was born, is the DAY I arrived at USMC Parris Island boot camp - 7/16/1968. Ray Burrington, Cpl USMC 68-70 UCONN Class Treasurer '68 [65-66] Marine Corps League, Sgt-at-Arms Dept of CT and member - Military Funeral Honors detail
Please wait
Share Comment

A Memorial Tree was planted for Michael Zacchea

Share Your Memory of
Michael
Upload Your Memory View All Memories
Be the first to upload a memory!
Share A Memory
Plant a Tree