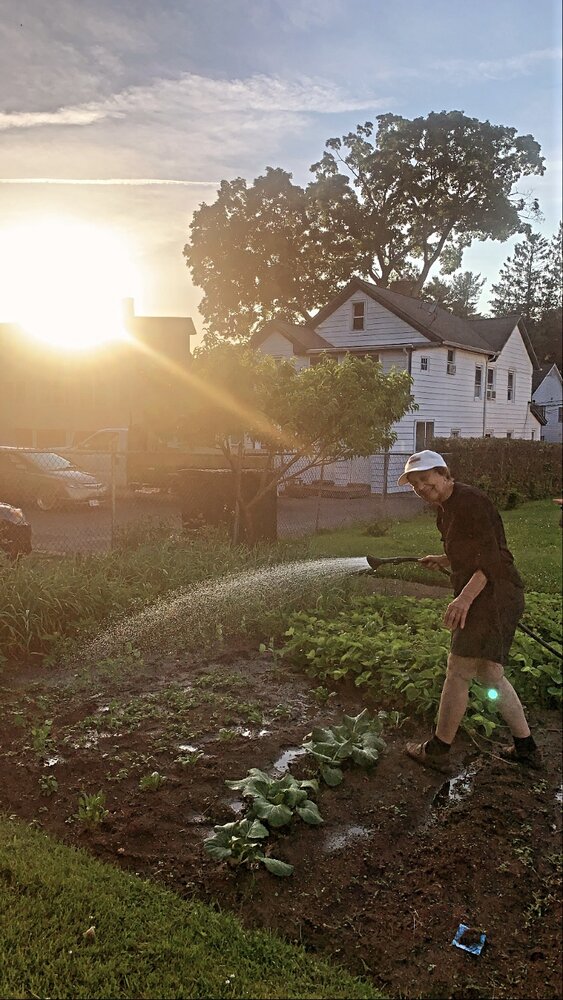 Please share a memory of Frances to include in a keepsake book for family and friends.
View Tribute Book

In Memory of Frances DeGrazia

Danbury - Mrs. Franceschina DeGrazia, age 90, of Danbury, died Friday, April 22nd, 2022, at Danbury Hospital. She passed peacefully in the presence of her daughter Dolores, granddaughter Kristy, and niece Beth. Frances was born in Calabria, Italy, on February 5th, 1932, the daughter of the late Rosario and Rosina DeGrazia. She was the beloved wife of 50 years to the late John DeGrazia, a Veteran of WWII, recipient of five battle stars in the European theater, and a business owner. She is survived by her daughter Dolores Ferretti and husband, David; her grandchildren Kristy Ferretti, Toni-Marie Chieffalo McCarthy, Anthony Chieffalo; and her great-grandchildren Siena and Devlin McCarthy, and Kori, Kapri, and Anthony Chieffalo Jr. She was predeceased by her son Carlo DeGrazia, and brothers Emilio and Andrew DeGrazia.

Frances came to the states on her 15th Birthday and settled down in Danbury on State Street. Her siblings, mother, and father brought with them an incredible work ethic that has been the stamping of our lives here in the United States. Frances's mother, a strong-willed woman, a refined perfectionist at her craft of cooking, and her father, a mason and a good, hard-working man. Frances comes from two individuals who molded her into an extraordinary person who will forever be remembered and respected.

Frances was indeed a genuine woman with a servant's heart. She always ensured that those around her were comfortable, well-fed, and leaving her home with homemade Italian cooking. Frances filled her kitchen with a beautiful aroma of homemade sauces, soups, and recipes she learned from her mother. She built beautiful gardens during her years in the United States while her husband repaired anything that needed to be fixed. She used food scraps to make organic compost and grew an unbelievable amount of fruits and vegetables on Cleveland street. It was not limited to figs, pears, potatoes, cabbage, tomatoes, fresh herbs, garlic, grapes, and even a chestnut tree. She left bags of produce on her fence for neighbors to enjoy. Many of her neighbors became close friends and helped her with the garden as the years went on.

Canning and preserving were integral to her life, as waste was not an option. After spending days preparing, she ensured that everyone had an ample supply of jarred tomatoes for fresh sauce. She believed in hard work and enjoyed the abundant flowers she grew around her property at a day's end. She also loved spending time on the sunlit porch that her husband built for her. She was fabulous at knitting and a genuinely religious woman, often saying the rosary and prayer before bed. Frances led a life not only with a true heart but always followed her roots and traditions. Her independence was essential to her, constantly pushing herself to stay strong, which led her to live a plentiful life for the entirety of her time here on earth.

Over the years, if you crossed paths with Frances, you knew she was one of a kind. Family and friends will forever miss her. However, it is believed that she will always guide the ones she loves. Thank you, Frances, for gracing us for over 90 years with your incredible presence. There is no moment when you will cease to exist in our hearts.

Services will be held privately by invitation. Feel free to contact the funeral home if you'd like to attend.

Share Your Memory of
Frances
Upload Your Memory View All Memories
Be the first to upload a memory!
Share A Memory
Plant a Tree