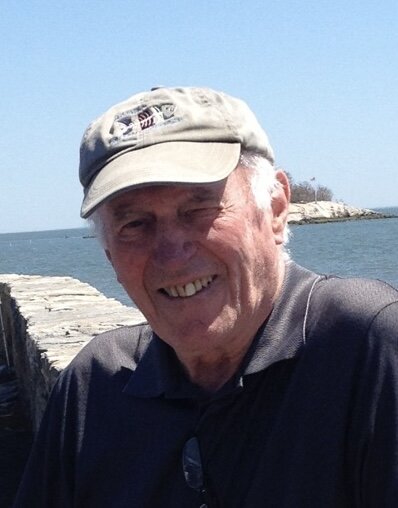 John was born December 4, 1928, in London, England, to the late John and Agnes Mary (Noble) Watson.  When World War II broke out, John was evacuated to the English countryside. He later moved to the Isle of Wight where he completed his engineering apprenticeship and worked at Saunders-Roe.  In 1955, John moved to Canada before settling in Connecticut to work as an aeronautical engineer for Sikorsky Aircraft.

After a 42-year distinguished career at Sikorsky, John retired and began the next chapter of his life.  This included volunteer work at Griffin Hospital and Connecticut Hospice.  In his spare time, he enjoyed cooking, playing bridge, and travelling the world.  Some of his favorite trips included sailing up the Amazon in Brazil, hiking the Dolomites in Italy, visiting the National Parks and experiencing the historical journey of Lewis and Clark.

John was a smart and independent man, who lived life on his own terms.  He was sharp as a tack, technologically savvy, and kept abreast of current events right up to the time of his passing. He loved fine wine and enjoyed attending the opera, theatre, and symphony.

John will be sadly missed by his children: James Watson and his wife, Jill, of Amelia Island, Florida, and Mary Fisher and her husband, Eric, of Ljubljana, Slovenia; step-grandchildren: Melissa Stow and her husband, Brandon, and Kimberly Fisher; and great-grandson, Oliver Stow.

The family would like to express their sincere appreciation for the care given to John by the staff and doctors (especially DrRobert Hyde) at Griffin Hospital.

A celebration of John’s life will be held at a later time when family and friends can all be together.  To light a memorial candle or leave an online condolence, please visit www.CornellMemorial.com

Memorial contributions may be made in John’s honor to the Polycystic Kidney Disease Foundation, PO Box 871847, Kansas City, MO 64187 or online @ www.PKDcure.org; or toGriffin Hospital @ GriffinHealth.org and look for the Donate Now online form.