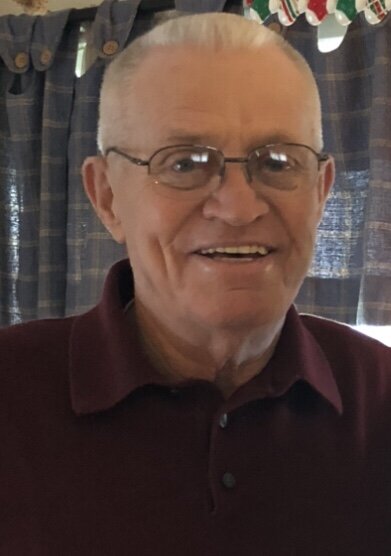 Please share a memory of Larry to include in a keepsake book for family and friends.
View Tribute Book

Larry L. Sharp of Danbury, beloved husband of Laurette (St. Onge) Sharp, died peacefully at his home, surrounded by his cherished family on Tuesday, March 22, 2022.  He was born in Toledo, Ohio, on December 15, 1936, son of the late Jewell and Ruby (Frances) Sharp.

He was a Veteran of the United States Navy, proudly serving aboard the USS Purdy.

Larry was a founding partner and owner of Photoronic Labs in Danbury.  He was also well known as co-owner of Four Seasons Sport Shop where he loved working alongside his best friend and brother-in-law, Mindo Rebeiro. Larry finished his career as a driver for Rizzo Electric

Larry enjoyed spending his time fishing, clamming, camping and puttering around the yard and Saturday night card games.  His most cherished memories were taking his three sons moto-cross racing when they were young.

In addition to his devoted wife of 62 years, he will be sadly missed by his four children, Roxanne Novella and her husband, John; Andrew Sharp and his wife, Robin; Dennis Sharp and Suzanne Sharp; his six grandchildren, Ashley Dibble (Ryan), Rebecca Dibble, Cortney Novella, Erica, Michele and Dennis Sharp Jr; his brothers, Jack and Lendon; and Sisters, Judie Hrycak and Belinda Shick.  He is also survived by his in-laws, Mindo and Annette Rebeiro and Roland and Shirley St. Onge; and many nieces, nephews and extended family.

Larry is at peace and now joins his son, David Sharp, who predeceased him.

The family will receive friends at the Cornell Memorial Home, 247 White Street, Danbury, on Monday, March 28th  between 4:00-7:00pm.  Funeral Services and interment at St. Mary Cemetery will be held privately.

Memorial Contributions in his memory may be made to Regional Hospice and Homecare of Western Connecticut.

Share Your Memory of
Larry
Upload Your Memory View All Memories
Be the first to upload a memory!
Share A Memory
Plant a Tree