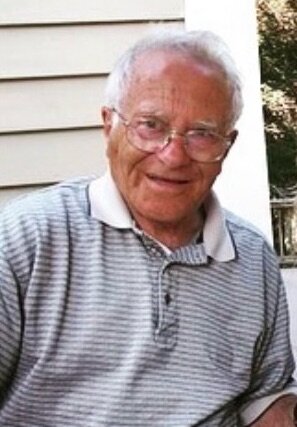 Please share a memory of Michael to include in a keepsake book for family and friends.
View Tribute Book

Michael Spera of Danbury, CT passed away peacefully on Friday, February 11, 2022 after compassionate care from his children and wife, and caring live-in aide, along with Danbury Hospital and Danbury Regional Hospice staff.

Michael came through Ellis Island as an Italian immigrant with his sister and father as a teenager. He soon joined the U.S. Army serving in the Korean War. Michael has always had a passion for music, soccer, golf, the NY Yankees and pasta. A successful deli owner, salesman at Victoria Foods and then Salvati Foods, Michael always cherished his Italian roots. He also very much enjoyed playing the guitar and piano for his grandchildren as well as telling countless stories of his youth. He watched almost every Yankee game and was lucky enough to go to a few in person with his beloved sons and grandchildren. Michael was also the founder of the Rosedale Rockets Soccer Club in Queens, NY (which still exists to this day) back in the mid 1970’s and coached all of his children.

In lieu of flowers, making a donation in his memory to Danbury, CT Regional Hospice, Alzheimer’s Association or a charity of your choice would be truly appreciated

Share Your Memory of
Michael
Upload Your Memory View All Memories
Be the first to upload a memory!
Share A Memory
Send Flowers
Plant a Tree