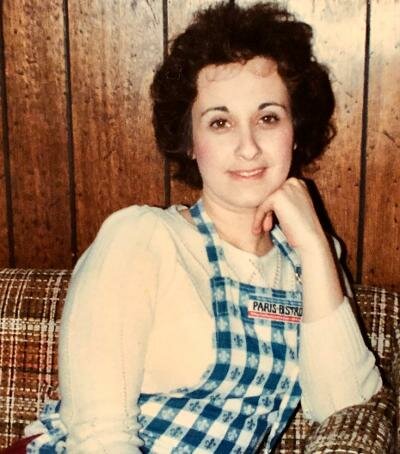 Please share a memory of Mariann to include in a keepsake book for family and friends.
View Tribute Book

Mariann Gianfranceschi of Brookfield, CT passed away Wednesday, January 5th 2022 from a long battle with Early Onset Alzheimer's Disease at the age of 64. She was the beloved wife of Michael James Gianfranceschi.

Mariann was born July 19, 1957 in Danbury, CT daughter of the late Anthony Ross and Raffaela “Ann” (Scalzo) Hourin. Mariann worked for a number of years as the Secretary for Religious Education at Saint Joseph’s Church in Brookfield where she also taught Religious Education. Mariann would later become a CNA and Medical Secretary caring for many patients at Danbury Hospital. She loved watching her favorite soap opera General Hospital and she loved to cook for her family. Her grandchildren have great memories of their “Meme” lovingly baking them banana bread. Her beautiful grandchildren were her pride and joy, Noah, Elijah and Stella Berg of Brookfield.

In addition to her husband and mother, she is survived by her children Michelle Berg, son in law Carl Berg of Brookfield, Laura Jean Gianfranceschi and Michael Guido Gianfranceschi of Brookfield, Brianna Gianfranceschi and son in law Dylan Mack of Wallingford, her brother Philip Ross of Roxbury and sister in law Cathy Ross of Bridgewater as well as several aunts, uncles, cousins, nieces and nephews. She is predeceased by her brothers Michael Ross, Lawrence Holm, sister in laws Laura Holm and LeeAnn Brennan.

The family wishes to give warmest thanks and gratitude to Village Crest Center for Health & Rehabilitation in New Milford for the exceptional care in her final years. We are so grateful for their kindness and compassionate care.

There will be no calling hours. The family will have a private burial.

Memorial donations in lieu of flowers may be made to St. Jude Children's Research Hospital.

Share Your Memory of
Mariann
Upload Your Memory View All Memories
Be the first to upload a memory!
Share A Memory
Plant a Tree