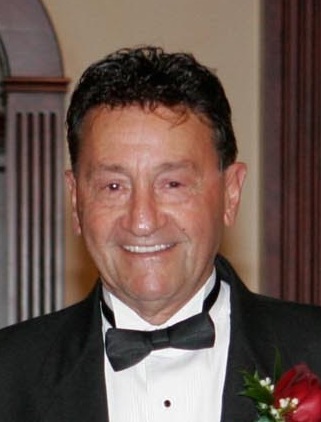 Peter J. DeMato, 85, of Brookfield, beloved husband of Joan P. (Garamella) DeMato, died at Danbury Hospital on Tuesday, August 31st.  He was born in Manhattan, NY on April 24, 1936, son of the late James and Julia (Rega) DeMato.  After the death of his mother, Peter spent most of his childhood as an orphan at New York Foundling Hall where he faced many hardships.

The struggles of his youth made him a strong, devoted and loving husband and father.  He faced each day with faith, prayer and determination.  He was kind and incredibly generous.  He loved to make others laugh, and was always the life of the party.

Peter’s goal in life was to support his family.  In 1967 he opened Chase Equipment Corporation in Brooklyn, NY.  In 1977 he relocated Chase to Connecticut, where he continued to work alongside his children until his last days.  He created not only a loving secure home for his family, but left a professional legacy that will continue.  He was lovingly known as “the Chief.”

In addition to his wife of 45 years, Joan, he will be sadly missed by his seven children, Peter Jr. (Toni), Michael (Cynthia), Rocky, Carrie Manna (Michael), Christopher (Jennifer), Daniel (Susan), and Julia DeMato; his fifteen grandchildren and four great grandchildren.

He was predeceased by his grandson, Nicholas DeMato.

A Mass of Christian Burial will be celebrated on Wednesday, September 8th at 10:30am at St. Joseph Church, Brookfield.

The family will receive friends at the Brookfield Funeral Home, 786 Federal Road, Brookfield, on Tuesday between the hours of 4:00 – 7:00pm.

In lieu of flowers, memorial contributions in his memory may be made to St. Jude Children’s Research Hospital.