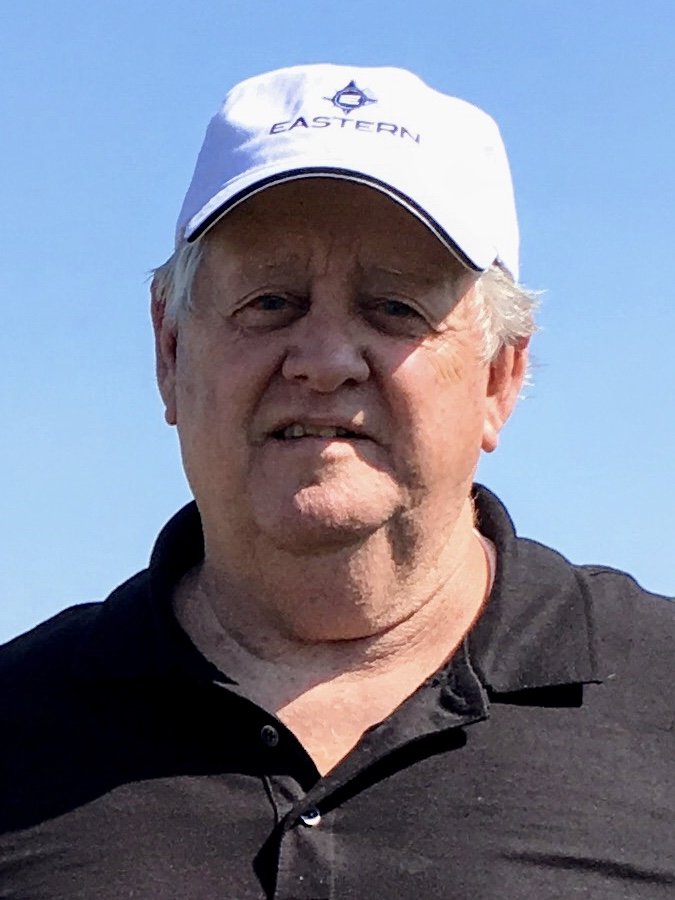 Please share a memory of Thomas to include in a keepsake book for family and friends.
View Tribute Book

Born on June 8th, 1948 in New Rochelle, New York to the late Thomas and Carmella (Abbattiello) La Barbera. Thom was the youngest of three after Jetta and Gene.

The family moved to New Fairfield, CT in time for Thom to attend 8th grade. Then, he went on to Danbury High School where he graduated as a member of the class of 1967. The following fall, Thom enlisted in the Army where he followed active duty with 5 ½ years in the reserves.

In the fall of 1969, Thom married Beverly- his high school sweetheart and lifelong partner.

They carried a special place of honor for each other and their relationship. Together they maneuvered life’s losses and glories with unity. It is inevitable that words alone will understate their connection. Bev and her Tommy thoroughly enjoyed the company of one another.

He made his wife laugh. Raucously. Fifty-two years of marriage and to overhear them joking around, “you’d think they’re on their first date.”

As newlyweds, they moved to Brookfield, and soon purchased a home that he never wanted to leave. He loved his yard, his tools, his cats, and the next-door neighbors who became family ever since little Chuck Izzo would see his truck pull in and ask, “Can Tommy come out to play?”

Some picture him best behind the drums. He and his friends would practice in the garage and occasionally drew a crowd of neighbors in their lawn chairs.

He was a published poet who passed both his appreciation for words and music to his youngest son, Marco, whose talent as a singer/songwriter made him so proud.

Many remember him best as the one they turned to when something needed fixing. Thom LaBarbera took great pride in rescuing the unfixable and the irreplaceable.

Of course, he began learning everything there is to know about working with his hands at a young age.

From the time his father started what would become their family business, Tom’s Ornamental Iron Works, he was working. He honed, perfected, expanded his craft, and served as a mentor. He furthered his education by going to school to learn advanced architectural blueprinting techniques, including AutoCAD.

Eventually, Thom was able to pass the understanding and art to his first son, Brian, and they spent decades side by side.

Thom’s engineering skills and artistry can be found throughout Connecticut and New York in residences, businesses and installations. Over the years, his work has been featured in trade publications and home design magazines.

The shop closed in late 2018 but the idle life was not for Thom. He continued to fix, fabricate, repair, sharpen and tinker between trips to the diner with his brother Gene and his many friends.

“I can fix anything.”

To his two grandchildren, he was Papa: cozy, fascinating and reliable. The reason a Reese’s just slid under the door. He taught them to ride bikes and sell lemonade.

Peyton, his right-hand-man, chess protege, was a constant companion who helped with many jobs from a young age and was the best helper he could ever ask for.  Nina, the apple of his eye, really knew how to make him laugh. “Hey Pookie” “Hey Pops”

Thom La Barbera was a man who saw hardship and extended his hand. A man who fought impossible odds throughout his life and beat them, brightening everyone’s day around him wherever he went.

He was a loving husband, father, grandfather, mentor, father figure and pillar of the community who dedicated his life and time to helping others before himself.

We will miss him so much.

Thom was predeceased by his parents Tom and Carmella La Barbera of Connecticut, and his nephew, Thomas LaBarbera. He is survived by his wife, Beverly (Rohacik) La Barbera, his sons, Brian (Gwen) and Marco, two grandchildren: Peyton and Nina, his older brother Gene (Maryanna), sister Concetta Ward (Robert), and many nephews, nieces and cousins, both living and deceased.

Share Your Memory of
Thomas
Upload Your Memory View All Memories
Be the first to upload a memory!
Share A Memory
Send Flowers
Plant a Tree