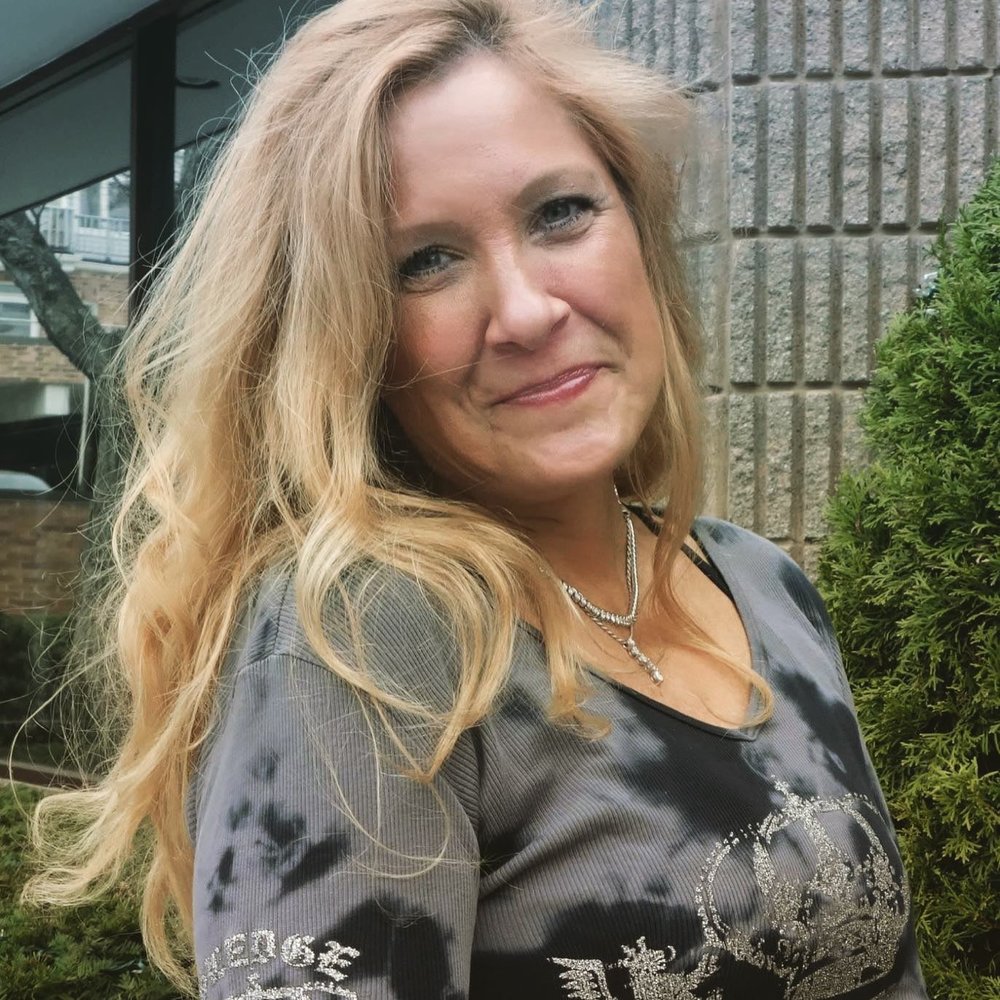 Merryl was reclaimed by God at age 58, on Saturday, May 8th, 2021 at a home on Ball Pond which brought her rare peace.  Merryl was born at New York Hospital on November 7, 1962 to Patricia Belcher and Douglas Anderson of Scarsdale, New York.  Her soft spot for animals and sensitive nature earned her the nickname “marshmallow” early in life.  Gifted with Dr. Doolittle-like abilities, she attracted many animal companions – an albino rat, chinchilla rabbits, a prairie dog, a ferret and in later years, a succession of cats.  One summer in high school, Merryl was a lifeguard at a local pool where she found a bag of kittens in the garbage can, brought them home and found homes for all of them, but not without infesting the entire house with fleas.  It would not be the only time Merryl’s kind and open heart and her selfless desire to help both animals and people would wind up biting her.

Merryl graduated from The Master’s School in Dobbs Ferry in 1980 and attended Pitzer College in Claremont, California, reinforcing her resolve to get out of a classroom and work hands-on helping people.  She earned her dental assistant’s certificate, health care certificate, and Perioperative Autologist Transfusion Certification which led her to her favorite job as a Transfusion Specialist for the New York Blood Center. She worked one Christmas to save the life of a woman who was hemorrhaging during a delivery whom would have died without Merryl’s skill.

Merryl ran her own pet-care business, All Creatures Great and Small.  When she was not looking after the four-legged friends, she was caring for the two-legged ones.  Merryl was a good daughter, sister, friend and neighbor who filled her days doing things for other people.  She loved to cook and shared her talents with everyone in her circle.  She was generous to a fault.  If you needed one and she had two, she’d give you three.  Nothing meant more to her than family, friends, faith and fur babies.

Merryl lived more in 58 and a half years than most people would live in a century.  She lit up a room with her laughter and smile, and knew everyone’s name before she walked out.  Certainly, everyone knew hers. Merryl left an indelible mark on everyone she met, like a tattoo you have no memory of getting the morning after.

Merryl Louise Anderson DeMaio was a force of nature, making it impossible to capture her whirlwind of a life in the constraints of an obituary.  Merryl’s mother Pat Larson, her siblings Arlan, Lindsey and Jevan, her daughter Lynn Payne, her extended family, Mitzee and Cornelius, her friends and anyone she encountered, however briefly, have a little less light in this world, but the next one gained a supernova. She was preceded by her husband Robert “Bobby” DiMaio.

Donations can be made to the Animal Welfare Society of New Milford, CT:

Share Your Memory of
Merryl
Upload Your Memory View All Memories
Be the first to upload a memory!
Share A Memory
Plant a Tree