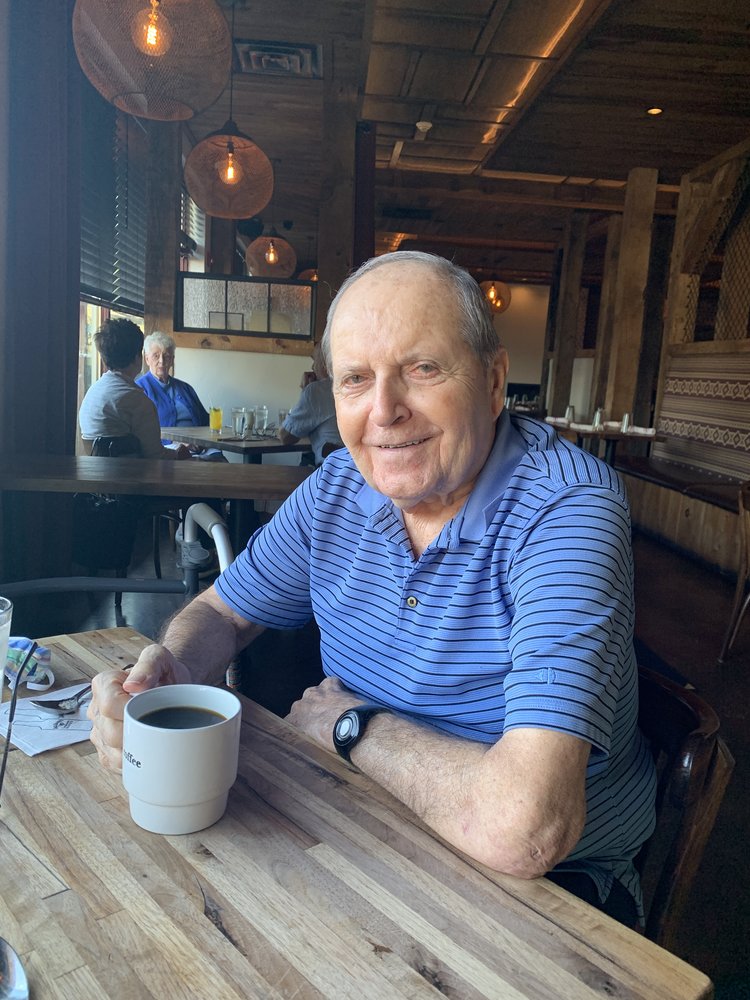 Richard F. Raymond, age 89 of Danbury, passed away on Tuesday, March 16th, at the Regional Hospice and Palliative Care Center after a short illness.  He was born in Danbury on November 14, 1931, the second child of the late Frank and Helen (Stefanic) Raymond.  Rich was a lifelong Danbury resident, who married his high school sweetheart, Rita (Picone) Raymond, on November 17, 1951, for 59 years until her passing in 2010.  Rich was a graduate of Danbury High School, class of 1949, and of Danbury Teachers College (now Western Conn State University), class of 1953.

Rich was extremely involved in the Danbury area through his many interests.  He was one of the founders as well as President of the Danbury Women’s Fast Pitch Softball League and his team, originally the Bethel Debs, was a renowned successful team both regionally and in the state of Connecticut.  His devotion to both placed Rich in the Connecticut Softball Hall of Fame as a coach--and the City of Danbury named a softball field in his honor that stands today.  In addition, Rich was a recent past Commander of the Catholic War Veterans Post 1042, guiding them for many years.  He was extraordinarily proud to assist in the original construction of their building and, more importantly, the organization's continued effort and outreach to the area's veterans as well as the scholarship fund he helped originate for prospective college students.

Rich was an extraordinary and gifted teacher of science, and taught primarily in the Wilton Public school system until his retirement over 30 years ago.  He was an active member of the Sacred Heart of Jesus Church in Danbury, as well as an usher and participant of the church financial committee.  Rich was an extremely proud veteran, having served in the Korean War, and cherished all those who sacrificed and served for our country.

He enjoyed all sports but took particular interest in skiing, golf, duckpin bowling, baseball and, of course softball.  "Pop Pop" also took particular interest in his grandchildren's many sporting events and activities--attending every game, recital, concert, or grandparents day at their schools.  Rich's devotion and support of his family never wavered---and his pride in them was unsurpassed.

Rich will be sadly missed by his son Gary Raymond and his wife Mary of Bethel; his daughter Darlene Wallin and her husband Lars of New Milford; his eight grandchildren Lauren (Justin), Gary (Kristen), Kelsey, Shane, McKenna, Lars (Natalie), Kylie (Wesley), and Nicole; and his five great grandchildren Madelyn, Ava, James, Drew, and Bryson.  In addition, he is survived by his sister Dolores Boullianne of Danbury and his brother Robert Raymond (Annie) of New Milford.

A Mass of Christian Burial will be celebrated on Saturday, March 20th at 10:00am at Sacred Heart Church in Danbury.  Burial will follow in St. Peters Cemetery.  Seating at church is limited to 75 participants, please register for attendance on the funeral home website.

A Walk Through Visitation will be held on Friday between the hours of 4:30-7:30pm at the Cornell Memorial Home, 247 White Street, Danbury.  All current COVID 19 regulations will be strictly followed. Everyone is asked to please wear a mask and observe social distancing.

In lieu of flowers, we ask that you consider donations to either the Catholic War Veterans Scholarship Fund, or to the Regional Hospice and Palliative Care Center, both in Danbury Ct.

Share Your Memory of
Richard
Upload Your Memory View All Memories
Be the first to upload a memory!
Share A Memory
Plant a Tree