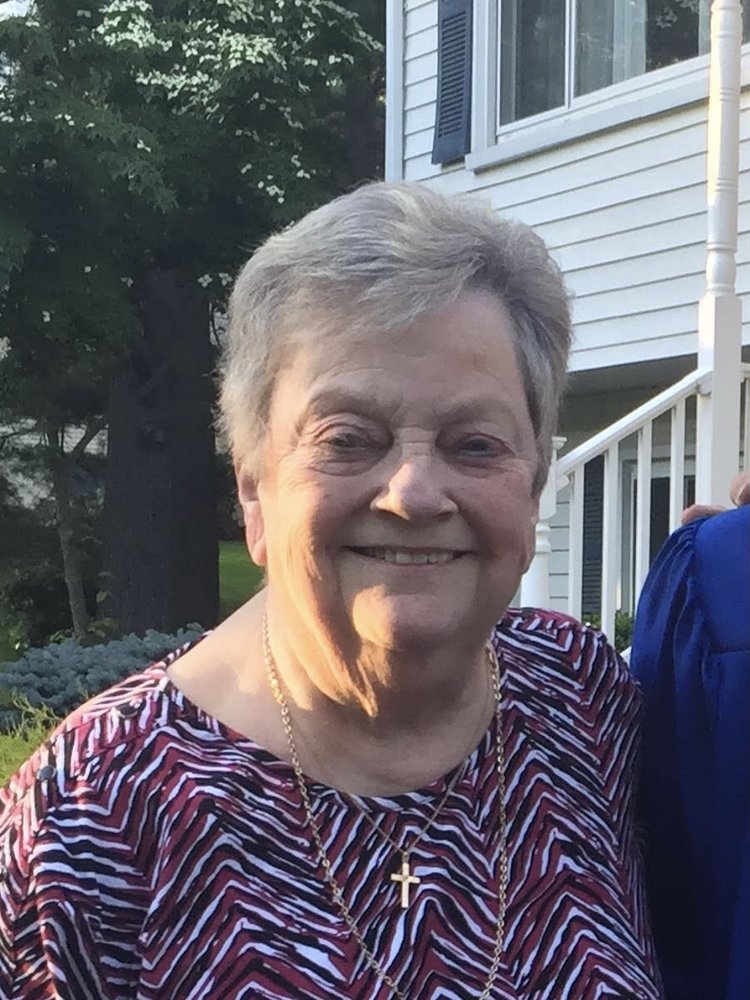 Carole Ann (Colla) Salvatore passed away on December 25, 2020 at the Regional Hospice in Danbury, CT with her family at her side.  Carole was born on July 30, 1944 in Danbury, CT to Angelina (Angie) DiBella Colla and Joseph A Colla. Carole attended the Danbury Schools where she met the love of her life, Frank Salvatore.  There have been many stories of the good times they had during their courtship but are too many to print here.  They were married on June 6, 1964 and have celebrated 56 years of life together.

Carole is survived by her husband Frank and their three children Frank Jr (Sheryl), Paul (Patty) and Tina (Jim Morrissette).  Carole was blessed to be a grandmother to Matthew Salvatore (Janine), Joshua, Alex and Cameron Morrissette and Kaitlyn Salvatore.  In April 2020, Carole became a great-grandmother to Sophie Rose Salvatore.  Carole leaves behind a brother Donald Colla and was pre-deceased by her brother Augustine Joseph Colla.  She also leaves behind many aunts, uncles, and cousins who dearly loved her.

Carole worked in the Danbury Public School System as a paraprofessional working with special education students at Stadley Rough School and Danbury High School.  Her love of working with “her kids” was evident when one would come up to her later in life and give her a big hug.  After her time in the school system, she began her venture into self-employment with a baking business and operator of the Salem Golf Course Restaurant and then the Ridgefield Golf Course Restaurant.

Carole and Frank epitomized service to community with their many involvements in their children’s school life through their work with the school PTA.  Throughout the year, Carole could be found attending her daughters dance lessons at the Carvette School of Music, which became Jacki’s Dance Factory.  Most will remember Carole as the stage manager of the end of the year dance recitals and her boys were not immune because they could be found in the balcony at Danbury High running the spotlights.  Her involvement with Jacki’s Dance Factory led to her become involved in Musicals at Richter as a board member and past president.  Carole also was involved with the Danbury Jaycee Women where she did many works of service and served in many executive roles but was most proud of being a part of the Buckle Up Babes program which provided car seats to new parents.  Throughout her history of community-based service, she developed permanent relationships with many that last today.

Carole will be remembered as someone who loved family and friends.  She was in her element if she was putting together and hosting a big family/friend dinner.  This was no more evident than near the end of her life when she insisted on continuing family holiday get togethers despite her medical issues.

Due to the COVID-19 pandemic, funeral services will be held at St. Gregory the Great Church at a later date.

In lieu of flowers, donations can be made to the Regional Hospice in Danbury (https://regionalhospicect.networkforgood.com/projects/44646-making-the-best-of-everyday  or the Pulmonary Rehabilitation Program at Danbury Hospital (Nuvance Health) https://www.danburyhospital.org/support-danbury-hospital/ways-to-give/give-online-now.

Share Your Memory of
Carole
Upload Your Memory View All Memories
Be the first to upload a memory!
Share A Memory
Plant a Tree