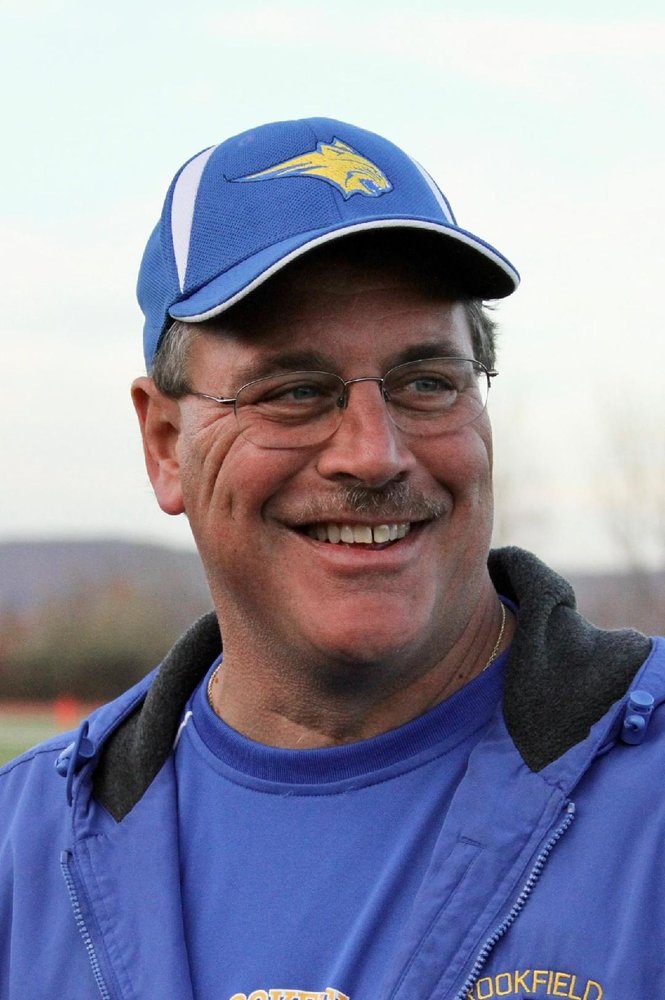 Gabriel A. “Gabe” Pompette III of Brookfield, beloved husband of Carol (Eberle) Pompette and father of Gabriel Pompette IV, died suddenly at his home on Thursday, November 5th. He was born in Binghampton, New York on February 4, 1957, son of the late Gabriel and Joan (Laskowski) Pompette.

A lifelong athlete, Gabe attended Lebanon Valley College where he played football and wrestled. In his professional career, Gabe worked as a Regional Sales Manager for Kodak Alaris.

Gabe’s passion in life was coaching. He volunteered as a coach for Brookfield Pop Warner for 13 years and served as Commissioner of New England Pop Warner. Some of his happiest times were spent coaching his son, Gabe, and his two nephews, Jeff and Chris Sidebotham. Gabe will be lovingly remembered by so many of his players simply as “Coach Gabe”. He was a shining example of integrity and sportsmanship, and drilled the motto “hard work pays off” into his players.

Gabe was a loving father and husband, and a loyal friend to all. Besides his family, the loves of his life were his dogs, Jaxson and Tucker, and the Pittsburgh Steelers. He opened his house to host many football parties where he served his amazing sauce and super hot peppers, recipes from his beloved Mom. Gabe had a thundering velvet voice and could always be counted on for wise counsel. He was an avid fly fisherman, a golf enthusiast, and your first team pick in trivia games.

In  addition to his wife and son, he will be sadly missed by his three brothers: Tony and his wife Mary Lou, Tom and his wife Connie, and Mike and his wife Mary; his sister Maria Pompette; and many nieces and nephews. He is also survived by his mother-in-law, Irene Eberle.

Due to COVID-19 restrictions, the funeral services and burial in Center Cemetery, New Milford will be held privately.

In lieu of flowers, the family requests donations be sent to the athletic fund set up in Gabe's name. Checks can be mailed to Brookfield High School All Sports Booster Club, PO Box 5278, Brookfield, CT 06804.

Share Your Memory of
Gabriel
Upload Your Memory View All Memories
Be the first to upload a memory!
Share A Memory
Plant a Tree