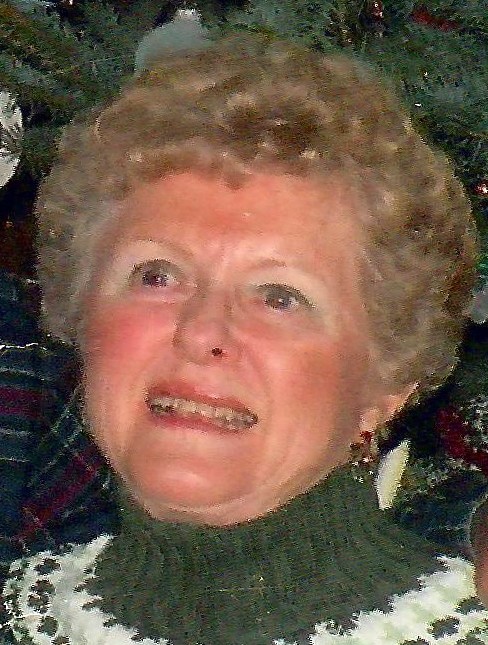 Grace “Pflomm” Harrison-Johnson, 88, of Danbury, wife of the predeceased husbands late Robert Lee Harrison of Danbury, and Bob Johnson of Newtown, was called home to heaven and surrounded by her family on Thursday, November 5, 2020.  Daughter of the late Heinz and Wilhelmina Pflomm of Brookfield, her siblings Heinz Pflomm, Richard Pflomm, Dorothy Sullivan, and Barbara Rooney.  Grace was born at Danbury Hospital April 26, 1932.

Grace was from the Graduated Class of 1950 from Danbury High School.  Shortly after she moved to a military base with the love of her life and husband, Robert Lee Harrison of Danbury.  They settled in Brookfield in 1954 where they raised their two children.  The family soon opened and operated “The Harrison House” in Brookfield from 1965-1977.

Grace was a devoted wife, mother, and grandmother who always opened her house for friends and family gatherings.  There was never a time that Grace didn’t attend a get together, golf tournament or local event.  She was a proud member of St. Paul’s Episcopal Church of Brookfield, Fairfield Extension Services, Former President of CT Extension Services, Brookfield Garden Club, Brookfield Chambers of Commerce, Newtown Country Club, Ladies Golf Associations, and Golf Courses by her West Palm Beach Florida Residence.  She was formerly employed at Brookfield Bay Marina for 30 years prior to her long eight year valiant fight from a stroke.

She always loved to cook and bake in preparation for family gatherings, local events, parties, and charity events.  In her youth, she enjoyed Dancing the Polka, Square dancing, traveling, poker, and numerous card games, and crafts.

She worked hard and played even harder!  She was kind, generous, and thoughtful.  She was always willing to lend a hand to anyone in need.  She was loved by all and was the “hostess with the mostess.”

We love you Mom, your love is in our hearts forever.

A small private service will be held for immediate family only due to COVID 19 restrictions.

In lieu of flowers memorial contributions in her memory may be made to VNA-Hospice of New Milford, CT.

Share Your Memory of
Grace
Upload Your Memory View All Memories
Be the first to upload a memory!
Share A Memory
Plant a Tree