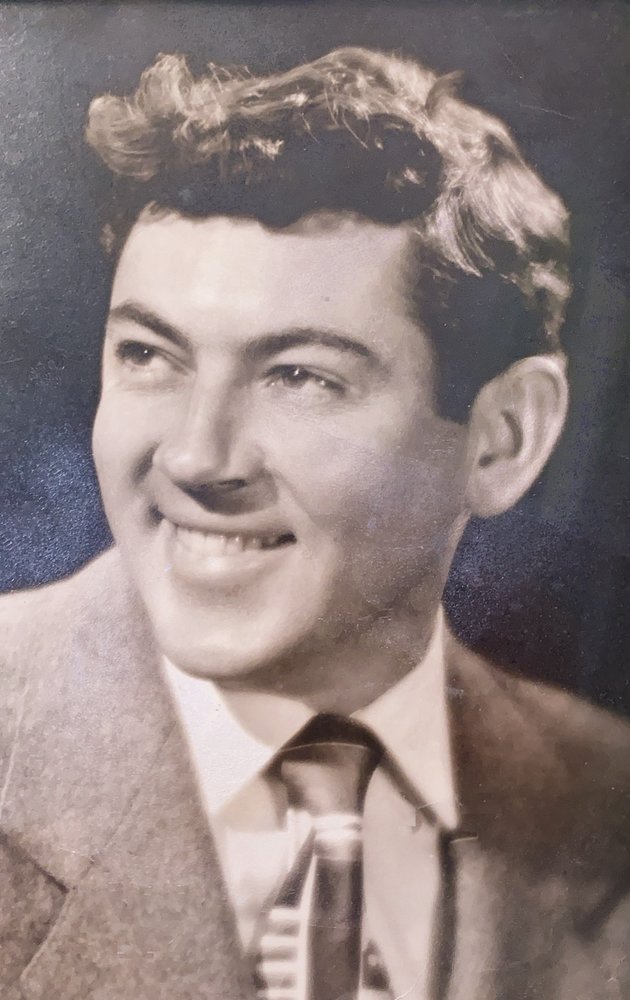 Peter Gereg Sr., the self-proclaimed “oldest lifelong resident of Brookfield”, passed away peacefully at his home just 3 weeks shy of his 97th birthday. Dad was born in this town September 24, 1923 and was proud to spend his life here.

He was predeceased by his wife, with whom he was married for over 50 years, and his oldest daughter Marcella.

Peter was born in Brookfield, one of 13 children. At a very young age, Peter was in an accident with a horse pulled tractor and almost lost his leg. He never let that stop him however, and after attending Abbott Tech High School he began his career in carpentry.

In his 20’s dad learned to fly a plane. He flew to visit his then girlfriend Joan in Chicago. His flying days were cut short there, when he was met by some airport officials, as he lacked the required paperwork.

Pete and Joan raised 6 children, and a menagerie of pets, including rabbits, ponies, chickens, opossums, and Spaniels, always named Harry or Jack.

Pete became lovingly known as Jed by friends and family; a nickname given to him by Peter Jr and a reference to TV character “Jed” from the Beverly Hillbillies.

Pete was an accomplished builder and that is shown by the numerous structures that he built and still stand today- but especially the house he built for our family.

Pete leaves behind 16 grandchildren, who called him “Papi.” In addition, he leaves behind sons in law Jonathan Lawrence, Geof Brayton and Tom Fahey, and daughter in law Karen, as well as special family friend Carol Stiff.

The family would like to extend a special thank you to caregivers Nery and Laura for their dedicated care.

In lieu of flowers, please consider a making donation to the Friends of Brookfield Library 182 Whisconier Road Brookfield, CT 06804

All services are private.