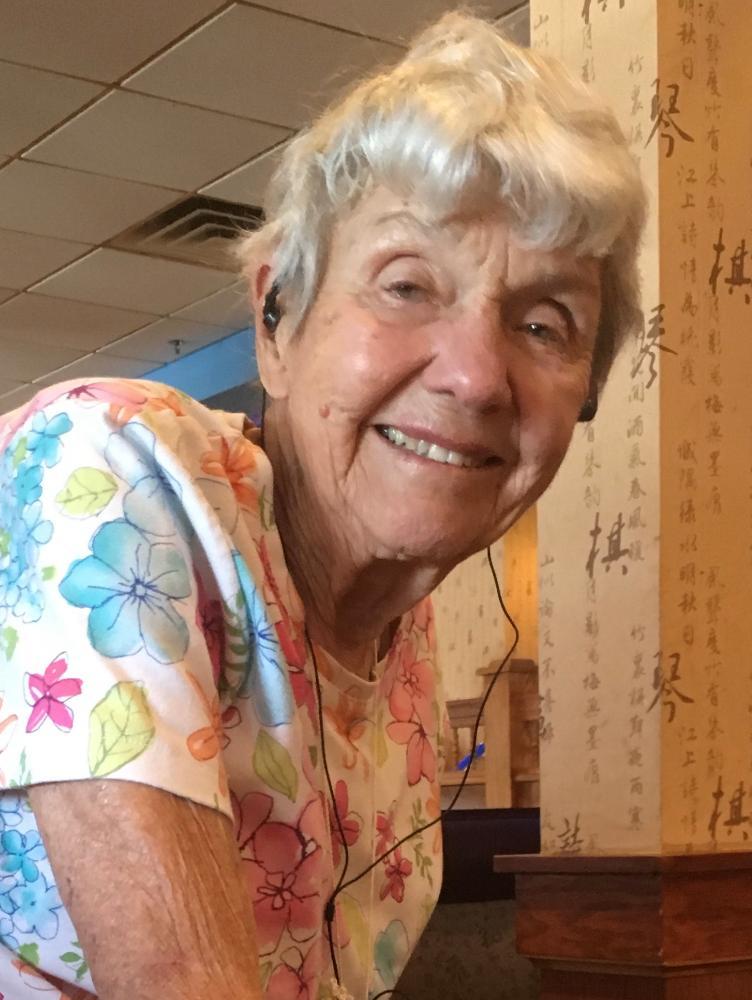 Margaret Petkin died peacefully while weeding her garden on May 15, 2020.  She was born in Philadelphia on August 15, 1930, married Brooklyn’s Walter George Petkin in 1954, and settled in Queens, NY, where their four children were born.  They moved to Brookfield, CT in 1975.  George died in 1997 and Marge, as per her wishes and with the help of her family, remained independent and in her own home until her death.  During the 1980s and 1990s, Marge was an active member of the Brookfield Garden Club where she often volunteered, donated plants, and gave talks on native wildflowers.  She nurtured a large collection of orchids that are still blooming.  She was also active with the Brookfield Senior Center and as a result of their art classes became a talented painter.  Dozens of her beautiful paintings decorate family homes.  Her confident attitude enabled her to live by herself and on her own terms.   Being a depression-era child, she loved a good bargain.  She left behind two daughters (Dorothy Douwes and Joyce Phillips), two sons (Paul and Philip), and four grandchildren (Richard and Jeffrey Phillips, Andrew and James Petkin) who love and miss her.  She is also survived by her sister Sr. Dolores Chepiga, sons-in-law Peter Douwes and John Phillips, and daughter-in-law Therese Petkin.  Her brother Karl Chepiga predeceased her.  In lieu of flowers, please show a senior an act of kindness.

Share Your Memory of
Margaret
Upload Your Memory View All Memories
Be the first to upload a memory!
Share A Memory
Plant a Tree