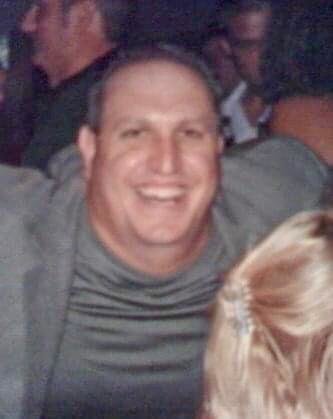 Thomas A. Scacchi of Brookfield, CT passed away on May 9, 2020.  He was born on June 18, 1967 to Elaine Marchionni Scacchi and the late Angelo Scacchi. Thomas was born the baby child on Father’s Day weighing in at 12 pounds and Gerber picture perfect.  He used that through the years which added to the aura of his bigger than life personality.

A native of Mount Vernon, NY, he proudly played football for the MVHS Knights to later switch out the padding for roller skates and became one of the best at the United Skates Roller Rink. His career path led him to a variety of opportunities whether it was the early days at the deli, stocking pantyhose, taking a plane to Colorado to perfect the wiring of home electronics or chauffeuring many, he was a certified jack of all trades. He had an adaptable attitude for hard work and making people happy, his DJ Business “TommyTunes” was his favorite endeavor and more often than once was the life of the party he was working.

Summers were spent with family surfing the waves in Wildwood Crest, tagging along with his big sister to the Hamptons of Long Island and in more recent years relaxing in Rhode Island with his adored Aunt Lucille and fishing with his best buddy Uncle Rich. And then there is Candlewood Lake, his second home filled with decades of memories of good times many of them at “the Hatch” amongst a circle of more friends than one can imagine.

Thomas was the warmest larger than life teddy bear with a heart of gold, his smile and kindness could melt your heart. He loved company and would invite you or a crowd to come on over for whatever masterpiece he was cooking up and would chat about anything; sports, movies, music, politics and loved to tell jokes and laugh with you and he could tell a story for days.  He was a friend to many and many a friend of.

This great guy will be dearly missed and is survived by his beloved Mother Elaine Scacchi, his sister Karen Scacchi, brother-in-law Richard Greene and many Aunts, Uncles, Cousins and an immense circle of friends that he was fortunate to have.  He is predeceased by his sister Diane Scacchi-Greene.

Memorial contributions can be made to Brookfield Police Department to Benefit the Canine Unit 63 Silvermine Road Brookfield, CT 06804, Brookfield Volunteer Fire Department PO Box 5111 Brookfield CT  06804 or a charity of your choice.

A Celebration of Thomas’ Life will be held at a later date.

Share Your Memory of
Thomas
Upload Your Memory View All Memories
Be the first to upload a memory!
Share A Memory
Plant a Tree