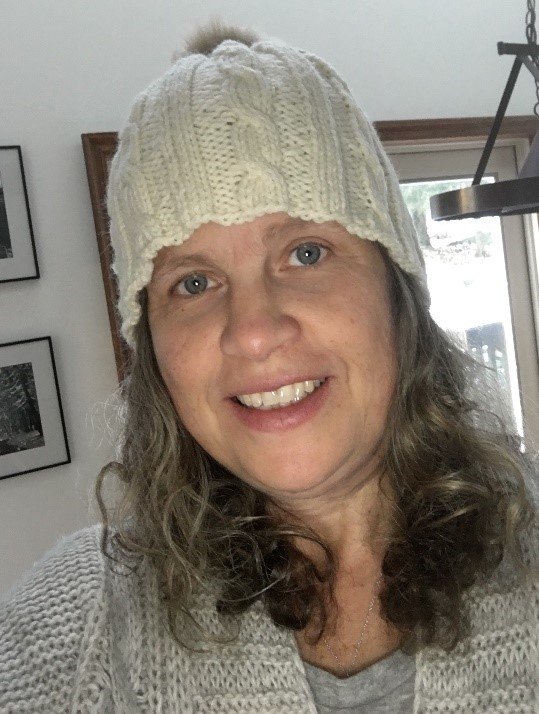 Karin “Lena” Margareta Elvin Green, 57, died on January 30, 2020. She was born June 23, 1962 in Sandviken, Sweden. Growing up Lena was involved in many sports which included cross country & downhill skiing, soccer, bandy and team handball. Lena was an incredibly strong woman both physically and mentally and was a true asset to any team she was a part of. After graduating from high school (gymnasium), Lena traveled to Canada to become an Au Pair. After one year in Canada, she then went to the San Francisco area for another year and eventually settled in Greenwich, CT in 1983. Traveling internationally at the age of 19 truly shows how independent and adventuresome Lena was. While working as an Au Pair in Greenwich, Lena met her future husband, Geoff Green, who was the General Contractor that was renovating the house where Lena worked. It’s undeniable that it was love at first sight. Geoff and Lena married on September 3, 1985 on the beach in Martha’s Vineyard with Whitney and Lindsey (Geoff’s biological daughters) in attendance. Lena and Geoff were married for over 34 years and had two biological children together, Hannah and Tyler Green. Lena always wanted to be a teacher. She enrolled in Western Connecticut State University and received her Bachelor’s in 1989 and her Master’s in 1999. In 1992, at the age of 30, Lena became a kindergarten teacher at Redding Elementary School (RES) in Redding, CT. Two years later, she moved into a new role as a fifth-grade teacher at John Read Middle School (JRMS), also in Redding, CT. For the next 25 years, JRMS was Lena’s “home” where she spent her days improving the lives of hundreds of children. Lena was incredibly patient, extremely organized, caring, empathetic, and an amazing listener. One thing that many people knew was that she truly loved the kids she worked with and would do anything to help them succeed. She also developed many close relationships with other teachers that she worked with and she always tried to unite everyone in a collaborative way. Staff, families, and children of the Redding School System will miss Lena and the amazing energy that she brought to work every day. Lena was an extremely loving mother, sister, aunt, wife and “Mormor”. At the age of 23, she took on the role of “step mom” to Whitney and Lindsey and treated both girls as if they were her own. Years later Lena and Geoff had two children of their own, Hannah and Tyler. Whitney, Lindsey, Hannah, and Tyler are all extremely close and Lena was a strong force in creating that bond. Lena wanted her kids to always be happy and to always be the best that they could possibly be. Family was (and always will be) one of the most important things to Lena. She would have done absolutely anything for her family! At the core of Lena’s family was her and Geoff’s unwavering love for one another. Geoff and Lena were true soulmates. They spent almost every day together for the last 34 years. The number of places they have gone and the number of things they have done together far exceeds what most people do in a lifetime. They were each other’s best-friend. As most know, Lena went to Sweden every summer to visit with her family. However, after her last visit in 2019, she was having unexplained back/shoulder pain. On August 28, Lena was diagnosed with Stage 4 Lung Cancer. Lena had never smoked a day in her life so getting diagnosed with lung cancer was extremely devastating. Like the warrior she always was, Lena battled the aggressive cancer for five agonizing months. Lena passed away peacefully and pain-free on January 30, 2020 with her family by her side. Lena was the daughter to late Olaf Elvin and late Carin Broman, and a step daughter to Bernt Broman, all from Kungsgården, Sweden. Lena is survived by her four younger siblings – her biological sisters Maria (Ingemar) Lövdahl and Ingalill (Lennart) Halvarsson, and her step siblings Benny (Malin) Broman and Madelene (Peter) Broman. Lena had five grandchildren, three from Whitney (Joe) Margaitis – Aly, Autumn, and Lauren and two from Lindsey (Chris) McCarthy – Brooklyn and Hayden. Lena had twelve nieces and nephews (8 in Sweden, 4 in USA). Lena also had two brothers-in-law, George (Rita) Green and Glenn (PJ) Green. There will forever be a huge void in our family, but we plan to honor Lena through the continuation of our traditions, memories, laughter and love. We proofread this eulogy many times and we just hope we made Lena proud by not making too many grammatical errors! We love you so much Mom/Lena and you will always be with us. Please join us for a memorial service at Brookfield Funeral Home (786 Federal Road, Brookfield, CT) on February 22, 2020 from 2:00pm – 5:00pm.
Saturday
22
February

Share Your Memory of
Lena
Upload Your Memory View All Memories
Be the first to upload a memory!
Share A Memory
Send Flowers