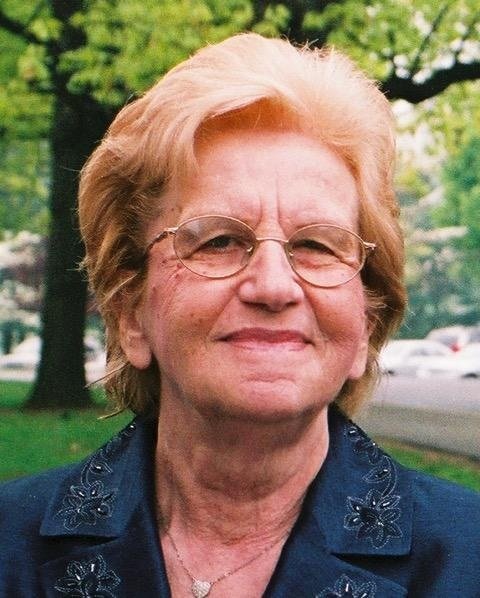 Hannelore Wilma Karla (Dinse) Knorr, a longtime resident of New Fairfield, passed away on Sunday, April 7, after a courageous battle with multiple illnesses.

She was born in Bruchsal, Germany and grew up in her beloved home town of Baden-Baden, Germany where she apprenticed in a home economics specialty school for women. She came to the US to visit a cousin in 1958 and decided to call Connecticut home. She enjoyed singing and dancing as part of the German Arion Singing Society, and it was at a singing festival that she met her husband, Herman, a carpenter and woodworker who also migrated from Germany. After their marriage, they lived in New Milford for a several years before moving to the new home that Herman built in New Fairfield.

Hannelore had several jobs in her working life, including factory worker, book keeper, hair stylist, and chef. She volunteered for several years in the Danbury Hospital coffee shop. Her most significant life’s work was as caretaker of her disabled daughter Lore, who eventually moved into independent living and employment as an Ability Beyond resident.

In addition to her husband, Hannelore leaves behind her four children, Helmut Knorr  and partner Linda of New Smyrna Beach, FL; Margot Knorr Mancini and husband Gary of Southport, NC;  Lore Knorr of Brookfield; and Klaus Knorr and wife Nancy of Brookfield. Hannelore is predeceased by her parents Wilhelm and Erna Dinse, and her sister Christa Schmidt of Cranbourne, Australia. She is survived by her brother, Klaus-Peter Dinse of Sinzheim, Germany, several nieces and nephews, two step grand-children and three great-grand children. Her light-hearted, resilient and steadfast presence will be missed by all.

Calling hours will be held at Cornell Memorial Home, 247 White Street, Danbury, on Thursday, April 11, 2019 from 5-8pm. A funeral service will be held at the funeral home on Friday, April 12 at 11. In lieu of flowers, please make donations in Hannelore’s honor to Ability Beyond (http://abilitybeyond.org).

Share Your Memory of
Hannelore
Upload Your Memory View All Memories
Be the first to upload a memory!
Share A Memory
Send Flowers