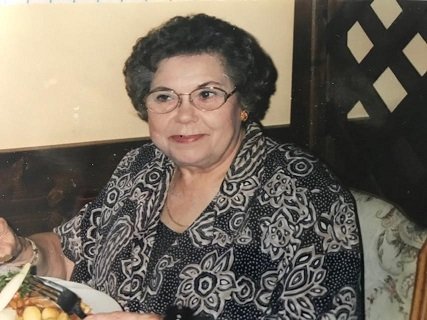 Helen Lukovics died peacefully while surrounded by loved ones in Austin, Texas on Sunday, March 17th, 2019 at the age of 86. She became ill while visiting family in Texas. Helen was born in Hungary in 1932 as one of eleven children to the late Gyula and Ilona Boros. Helen escaped the Russian Communist occupation of Hungary in 1956 with her husband Steven Lukovics and her infant daughter Ilona. Her family immigrated to the United States of America and settled in Danbury, Connecticut.

Helen embodied “The American Dream” by working, raising a family and also working alongside her husband to build a from-scratch family house. She worked at various companies but was most proud of her work at Unimation, in Danbury, the world’s first robotics company. Later on she earned her real estate license. She saw to it that her two children and five grandchildren completed undergraduate degrees and most also have graduate degrees.

She loved music, travel and ballroom dancing and was a member of several Hungarian community clubs. Helen was an avid reader, crafter, coin collector and landscape painter. Her quilts were lovingly donated to Veterans and Children Hospitals. She was renown for her gardening abilities and how she could force a twig or cutting into a beautiful plant or bush. She instilled the love of cooking traditional Hungarian cuisine. Her culinary legacy lives on as it was passed down to the next generations of organic gardeners, cooks, hunters and foodies.

The Funeral Service will be held on April 6th at 1:00 pm at the Cornell Memorial Home, Friends and family are invited to gather at 12:30 at 247 White St., Danbury. Burial in Wooster Cemetery will follow the service. There are no calling hours.

Share Your Memory of
Helen
Upload Your Memory View All Memories
Be the first to upload a memory!
Share A Memory
Send Flowers