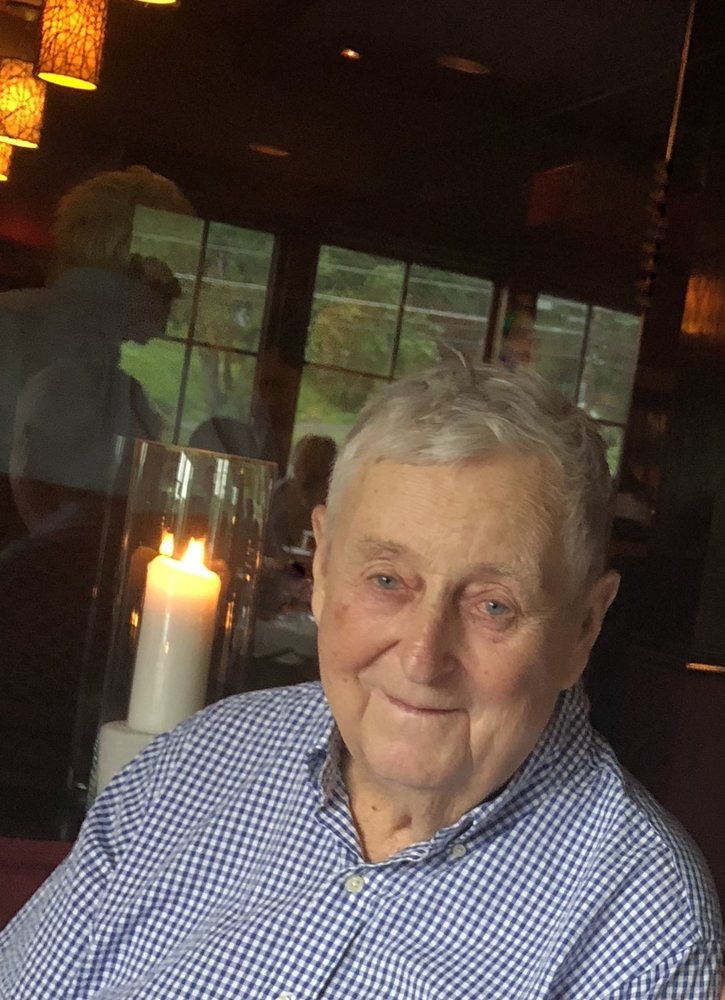 Alfred Higson Jennings, Sr, of Danbury, beloved husband of Linda(Keating) Jennings, passed away quickly from natural causes at the age of 85 at Danbury Hospital surrounded by his loving family on Saturday, December 1, 2018.

Alfred (Al) was born to the late Richard and Jane (Higson) Jennings Jr. in Danbury on June 2, 1933.   Al’s childhood was full of adventures growing up in southern Danbury with his brothers Dick and Dave, many friends and extended family.  He recounted many tales from time spent on the family’s Tarrywile Farm, the castle and the “big house”.

Al attended Wooster School and graduated from Danbury High School in 1952.  He was drafted into the army in 1954 and was deployed to Puerto Rico where he was a radio operator.  He met the love of his life, Linda Keating, while she was scooping ice cream at Ryder’s Dairy.  They were wed in Danbury on September 7, 1957.  Al and Linda raised three children in the King Street area.

Al was an entrepreneur who started many successful businesses, including Jennings Lawn Service, Star Oil Company and Jennings Oil Company.  Al’s sense of humor and easy-going personality allowed him to develop countless friendships. He was a mentor to many.  He was a long time member of First Congregational Church in Danbury and was devoted to his faith.

Al enjoyed gardening and shared vegetables and “Jennings Jams” with family and friends.  Al was a skilled furniture maker and his beautiful work is in many of his family’s homes.  He enjoyed watching the Dodgers, Patriots and UConn basketball.

Al’s most cherished times were spent with family and friends.  His beloved wife of 61 years, Linda, was always by his side and a partner in every activity.  He enjoyed watching his children and grandchildren’s activities. Birthdays, anniversaries, and holidays were times to get together, cook great food and enjoy company.

Funeral Services will be held at the First Congregational Church of Danbury on Friday, December 7th at 11:00am.  Burial will follow in Wooster Cemetery.

The family will receive friends at the Cornell Memorial Home, 247 White Street, Danbury, on Thursday between the hours of 4:00 – 7:00pm.

Memorial Contributions may be made to First Congregational Church of Danbury, 164 Deer Hill Ave, Danbury, CT 06810.

Share Your Memory of
Alfred
Upload Your Memory View All Memories
Be the first to upload a memory!
Share A Memory
Plant a Tree